Leatherback turtles get sanctuary on US coast

by Mihai Andrei
in Animals, Environment

Federal regulators have designated almost 42,000 square miles of ocean as critical habitat for the leatherback turtles, the largest turtles in the world; even though this is a much welcomed initiative, the surface is far, far less than environmentalists and biologists were expecting.

A haven for turtles 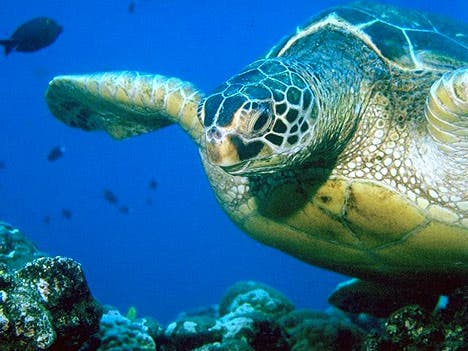 This protected area is the first of its kind in the US, providing a needed haven for these turtles, which swim over 6.000 miles every year to eat jellyfish near the Golden Gate. The designation made by NOAA (National Oceanographic and Atmospheric Administration) was, in fact, a bittersweet victory for the people who have been fighting to protect these marine creatures from extinction; the main problem is that the 41,914 square miles that the NOAA’s National Marine Fisheries Service protected along the coasts of California, Oregon and Washington don’t include any migration routes, which are crucial for the survival of the species.

“It’s a big step in the right direction, but we want protections for migratory pathways,” said Ben Enticknap, the Pacific project manager for Oceana, an international nonprofit dedicated to protecting the world’s oceans. “I guess we’ve got a lot more work to do to get there.”

How the sanctuary works

The measure will restrict any projects that can harm the turtles or the jellyfish delicacies they devour. This includes, but isn’t limited to regulating agricultural waste, pollution, oil spills, power plants, oil drilling, gas exploration, etc. Aquaculture, tidal and wave turbines will have to take this in consideration as well in their building plans.

The measure, however, didn’t come as a benevolent act, but rather as a response to a lawsuit filed in U.S. District Court in San Francisco in 2009 by the nonprofit environmental groups Turtle Island Restoration Network, the Center for Biological Diversity and Oceana. They accused the government of failing to protect the reptiles from fishing, oil drilling and a variety of other activities. 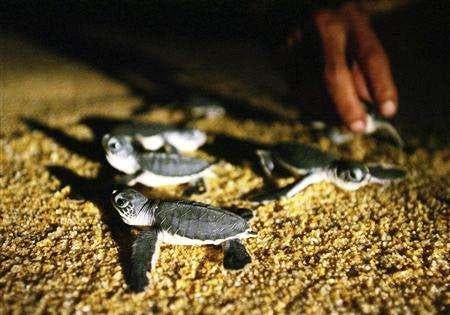 “Threats to these turtles are increasing, not diminishing,” said Shore, whose organization also goes by its Web name, SeaTurtles.org. “We don’t want to see the leatherback turtles go the way of the grizzly bear and disappear.”

Leatherbacks, known scientifically as Dermochelys coriacea, are the largest sea turtles in the world, measuring up to 3 meters and weighing over 500 kilograms in some cases. Biologists believe they live somewhere between 40 and 100 years. The worldwide population of the leatherback turtles has declined by over 95% in just 30 years, and this steep decline continued; hopefully, this measure will change things.

Aside from the above mentioned issues, the reptiles face another threat: plastic bags, which look just like the jellyfish they eat. A recent study concluded that almost 40% of all leatherback turtles found dead had plastic bags in their intestinal tract.