We knew that 2012 was the hottest year even before December – the average of the first 11 months was just so big that December could have been much colder than average, and the year would still be really hot. But, as it turns out, December wasn’t colder than usual, and the result was even more severe. 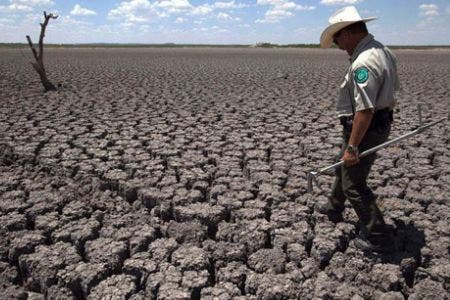 “2012 marks the warmest year on record for the contiguous U.S., with the year consisting of a record warm spring, the second warmest summer, the fourth warmest winter, and a warmer than average autumn,” Jake Crouch, a climate scientist at the National Climatic Data Center at the U.S. National Oceanic and Atmospheric Administration (NOAA), said in a press conference Tuesday.

According to the NOAA report, the average temperature was 13 degrees Celsius – which is 0.6 degree Celsius higher than the previous record – a dramatic difference, thought it may not seem like much.

“That is quite a bit for a whole year averaged over the whole country,” said Anthony Barnston, chief forecaster at Columbia University’s International Research Institute for Climate and Society (IRI), who was not involved in the study.

“2012 is now more than one degree [Fahrenheit] above the top of that. So we’re talking about well above the pack in terms of all the years we have data for the U.S.,” he added.

No, there is no chance – there is a more than 1 in a million chance that this is a natural event.

“It is abundantly clear that we are seeing [human-caused] climate change in action,” Trenberth, who also did not participate in the NOAA report, said in an email. “These records do not occur like this in an unchanging climate.”

Just how big a role manking played, how much damage was done and how much we can still fix is still a matter of debate though.

The bad thing though is that the warming trend could very well continue in 2013 – and not stop here as well.

“It could be in the negative phase, which would make it more like it was a few years ago when we had very snowy winters in the eastern part of the country,” Barnston said.