Man cleans up entire river on his way to work 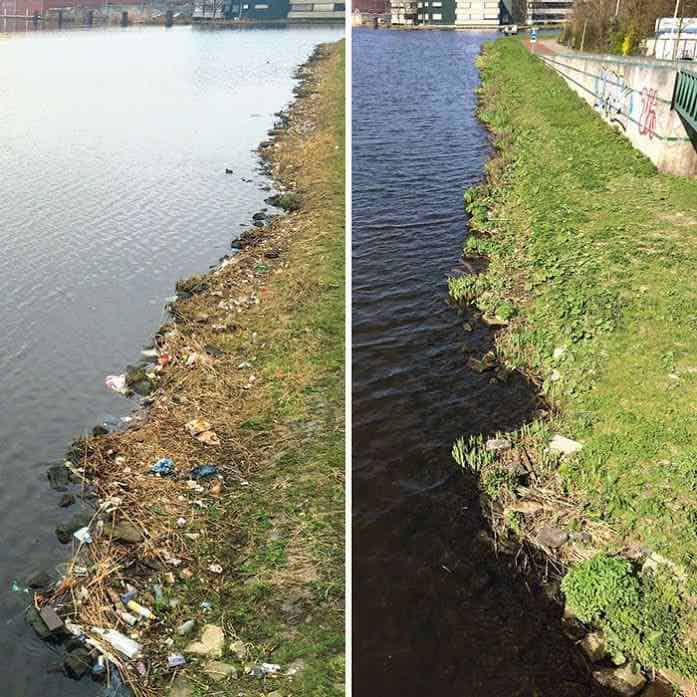 We all see garbage in our daily routine, be it on the way to work, school, or just on the streets. But most people just choose to ignore it; after all, what difference could one man possibly do? Well, Tommy Kleyn didn’t think like that when he was walking pass a polluted river to work. He took a bag of garbage every day after work, and managed to clean up a river – by himself.

Netherlands is known as one of the most environmentally friendly countries in the world – but even the Dutch have their pollution problems (who doesn’t, these days?). Tommy Klein decided to take matters into his own hands and clean the river he passed by every day on his way to work. In just six days, he managed to make a noticeable difference, and – here’s where it gets even cooler – the neighbors also started to chip in. Everyday, Klein monitored the changes to the river, taking pictures and sharing them on Facebook: Project Schone Schie. 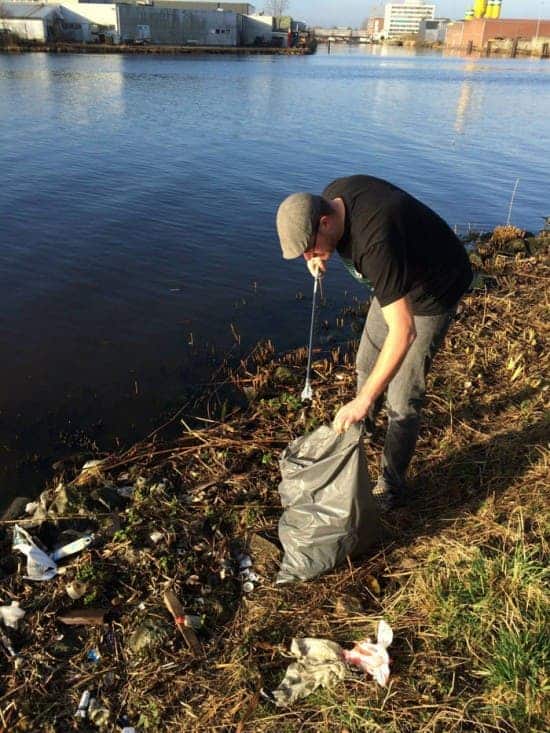 “The idea is to motivate people to fill one garbage bag with litter each year. It only takes 30 minutes, it really makes a difference and you will be amazed about how good you feel afterwards,” he said.

After five weeks, the river was clear sparkling clean, and he made his point – just as clearly.

“I want to show how easy it is to remove the clutter,” he added. “Hopefully there will come a time when manufacturers are thoughtful and their products are no longer wrapped in layers of plastic.”

Not long after that, his story went viral, as it should – the Facebook page has grown and has inspired numerous people who now share their own clean-up stories. Klein actually challenges people to spend no more than 30 minutes a year to fill a trash bag with litter, and see what a difference they can make.

“It feels great and you’ll make a big impact,” he wrote. People are free to share their ‘before’ and ‘after’ pics on the page. The challenge has caught on, with people in countries as far as Taiwan responding with their own photos and stories!

So the take-away message here is that we can all make a significant difference in our community – after all, if one man managed to clean a river by himself in five weeks, then what would all of us be able to do, if we really worked for it, even just 30 minutes a year?

All images via Tommy Klein.