Value Farm is not necessarily a new concept, but manages to bring a stunning innovation; its scale and effectiveness and a crowded and polluted urban environment is a breath of fresh air in Shenzen, one of China’s largest cities. 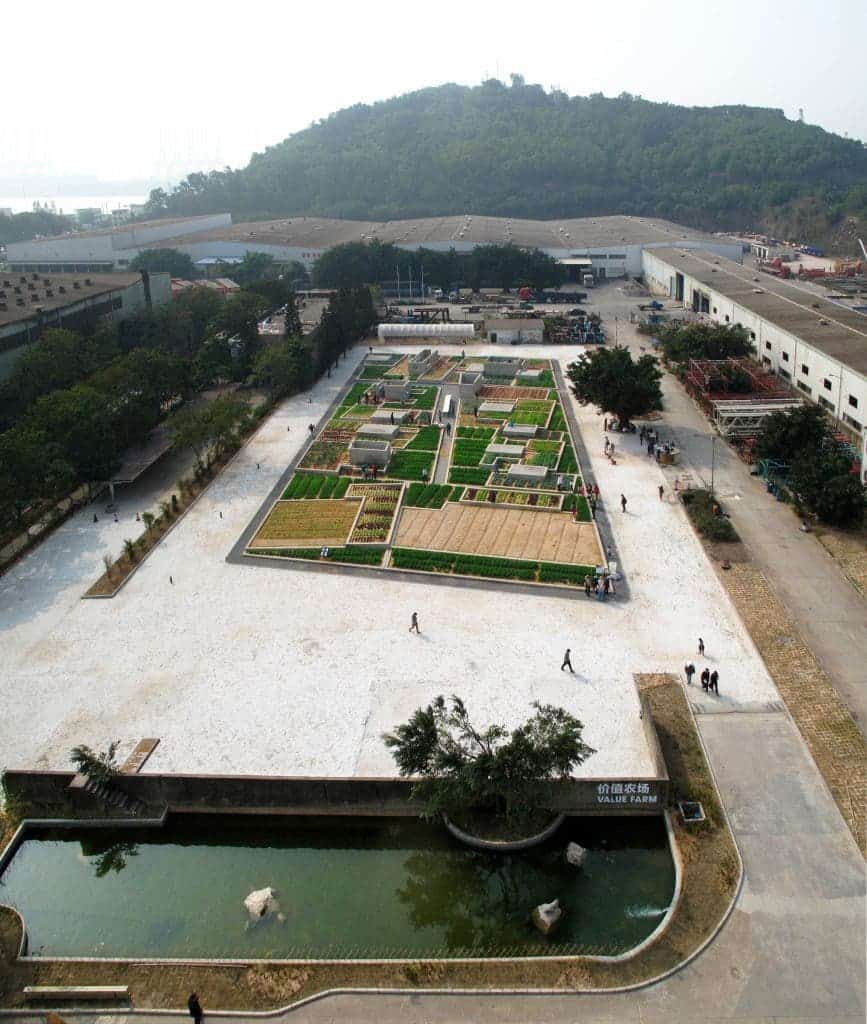 Value Farm is a collective effort farming effort developed by Thomas Chung, together with Tris Kee and Chi Fai Fung; together, they transformed an open area within Ole Bouman’s Value Factory from an abandoned industrial facility into a green, vibrant and useful project. Projects like this one could go a long way to greening highly urbanized areas, involving people to engage in collaborative, healthy and relaxing work, and encouraging them to eat local food.

The design inspiration came from Hong Kong. First is the trend of flourishing rooftop farms in the city’s dense urbanity – a lavish and useful green garden in the middle of grey infrastructure; second of all, the use of hitherto untapped ‘artificial land resource’ (rooftops) in dense urban areas as productive terrain can improve the micro-climate, saving energy and managing some of the urban air pollution. 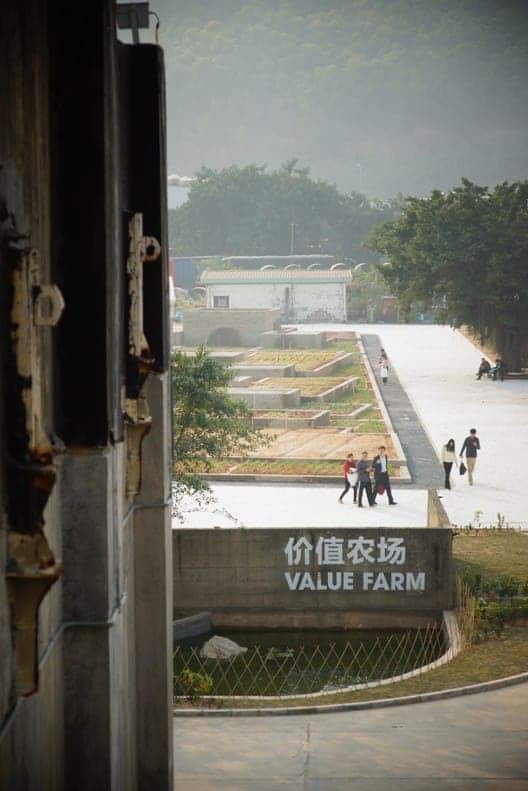 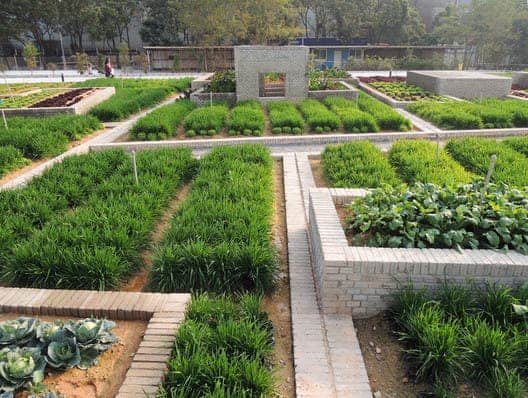 The project intersects issues of urban transformation, architecture and urban agriculture with an international cultural event, and explores the possibilities of urban farming in the city and how it can be integrated in urban planning. The idea was to curate a dynamic space where self-sufficiency meets creative use of urban space. Developers weren’t sure just how popular it would become, but it flourished and locals are happy to engage and participate; even local events are hosted there. Sowing, Tasting, and Market Festivals have become common in the Value Farm, further engaging locals into sustainable initiatives. 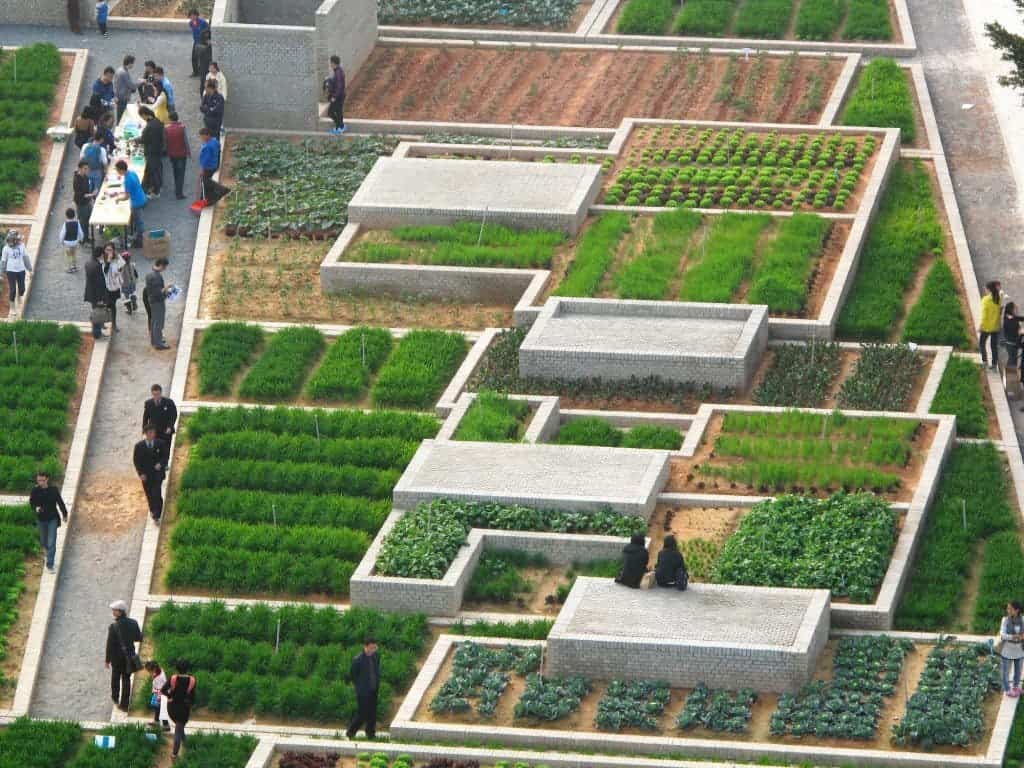 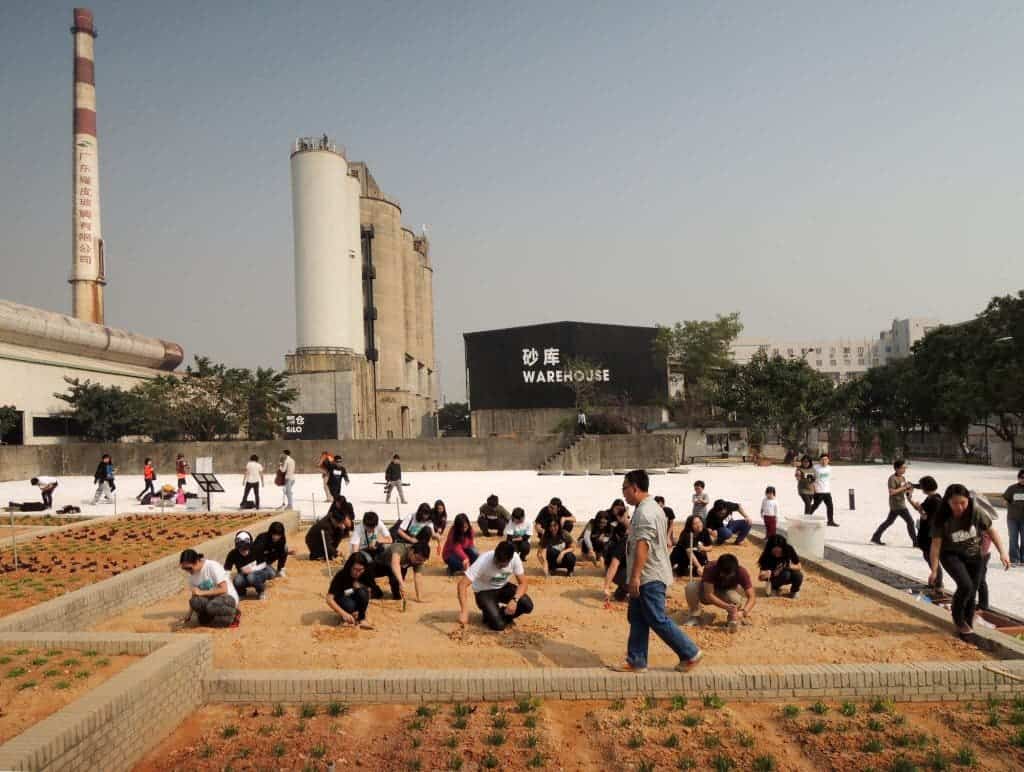 The concept is transplanted onto a full-scale 2,100m2 open site within the factory premises as “test ground”. An irrigation pond collecting the site’s natural underground water source while an integrated sprinkler spreads it around to the entire garden. Old features, such as old walls or windows are repurposed and given new life, resonating with the values of sustainability and reusability.

So far, the locals’ enthusiasm has been overwhelming, and more and more people want to be involved in the project, so the trio of innovators will try to implement the project in other areas of Shenzen and China soon.

You can stay up to date with developments from the Value Farm by following their Facebook.