George Adamson — the man who lived with lions

If you like lions, or watching nature documentaries, the odds are you've heard of George Adamson. Nicknamed "Baba ya Simba" (Father of Lions), Adamson lived an amazing life. Best known for his award winning documentary Born Free, he managed to live among lions and make them treat him as equals, resulting in a relationship of mutual trust. 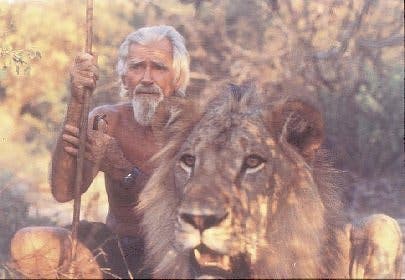 If you like lions, or watching nature documentaries, the odds are you’ve heard of George Adamson. Nicknamed “Baba ya Simba” (Father of Lions), Adamson lived an amazing life. Best known for his award winning documentary Born Free, he managed to live among lions and make them treat him as equals, resulting in a relationship of mutual trust. He suffered a tragical death, shot by Somalian bandits when coming to the aid of some tourists, and he is now buried in the reserve, next to his lion friend named Boy.

He was born in India (British India at the moment) and from his early days you would have never guessed the life he’d live. After a number of jobs that included gold prospector, goat trader and safari hunter, he retired as a game warden in a remote part of Northern Kenya and dedicated pretty much all of his life to lions. 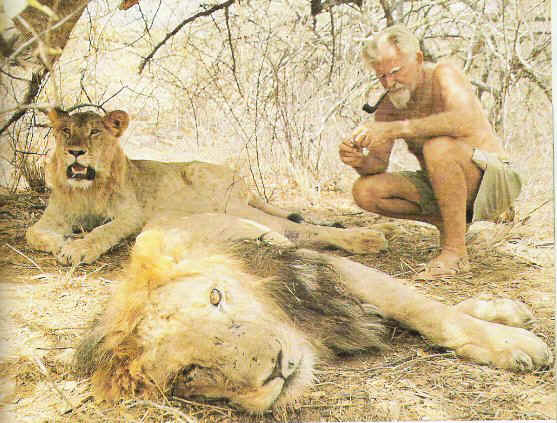 In 1956 he raised Elsa the lioness, who became the subject of Born Free. Elsa was the youngest of three orphaned lions. Adamson and his wife took care of them, sending the largest two to the Rotterdam zoo. However, when Elsa started to cause trouble, the Adamsons were given a choice: either integrate her in the wild in 3 months, or send her to a zoo. His wife opposed sending Elsa to a zoo, and thus a superhuman effort began. At the time, the task was considered borderline impossible, but that didn’t stop them from trying – and succeeding. With mixed feelings, a breaking heart, but most of all, free, Elsa went into the wild. 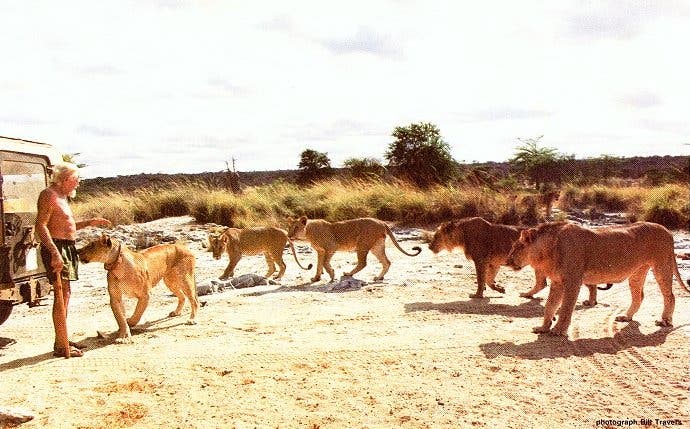 After that, they went for a year to their house in England. Returning in Kenya, they hope to find Elsa; they do, and find her as the mother of three cubs, and she loves them as much as ever. His love for lions is touching and inspiring, and when you gain the trust and respect of Kenyan lions, there’s little else you can achieve in the world. This letter pretty much summarizes his love for the amazing predators:

“‘Naja’ is an excellent and selfless mother. Without her help, none of ‘Koretta’’s’ cubs would have survived… At one time I entertained the suspicion that ‘Blakatan’ was responsible for the loss of ‘Koretta’s’ first litter of four beautiful cubs and that he might have killed and eaten them and I thought seriously about getting rid of him but decided to give him the benefit of the doubt. It was as well that I did so, as he has turned out to be a model and indulgent father, allowing the cubs to rough-house him, pull his tail and bite his ears.” 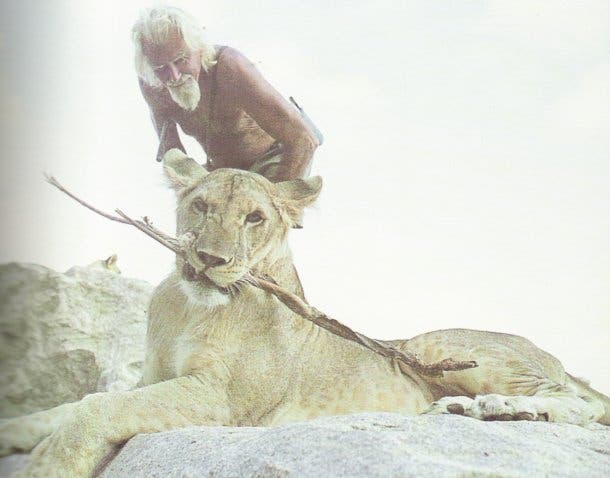