by Mihai Andrei
in Environment, World Problems
Reading Time: 1 min read
A A
Share on FacebookShare on TwitterSubmit to Reddit 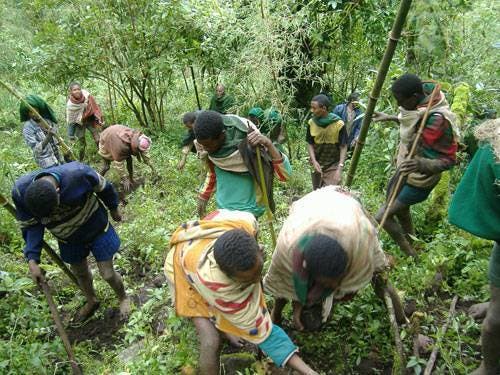 Ethiopian authorities announced that thanks to large-scale reforestation campaigns the forest cover of their country has tripled since 2000. The African country has suffered from severe droughts in the past, and their solution to this problem turned out to be just great.

“Ethiopia was able to increase its forest coverage to nine percent now from only three percent previously,” the agriculture ministry said in a statement. The increase… is attributed to the forestation campaign launched all over the country since the last decade,” he added.

Ethiopia planted over 700 million trees in 2007 alone in their attempt to combat climate change and droughts. The country had some really major issues, as forest surface had fallen from 35 percent in the early 20th century to 3 percent towards the century’s end. We welcome and hail this initiative, and hope this will be just the first of many countries to undergo such campaigns.