by Mihai Andrei
in Anthropology, Environmental Issues
A A 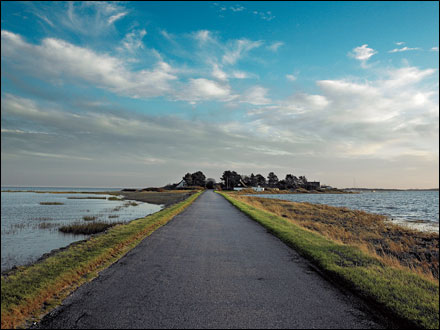 If you were to be optimistic, where do you think mankind would get most of its energy a century from now? Most would say from renewable sources. In fact, this project has been going on for a few years now. But just as any project needs, this one has an experiment which so far has given very good results. What is this experiment? It’s called Samsø.What is it? Well Samsø is a Danish island situated about 15 km off the Jutland Peninsula, in which Denmark is situated. In the Viking period it was used as a meeting place. What’s so special about it? Well, in 1997 the island won a competition for a 10 year project to see if it is practical to generate all the energy from Renewable Energy alone. Because it has no conventional sources of energy, it was a great place.

How did they manage to achieve this? The big step was made by a community of people who are common shareholders in several turbines. The islanders are very involved in this activity, and the way they produce energy could perhaps be a great example for others. Relying just on turbines, they managed to become carbon neutral. What’s even more impressive perhaps is the fact that with completion of an offshore wind farm comprising 10 turbines, Samsø sometimes has enough energy to sell back to the mainland.

The people also heat their houses with solar panels and burned grass, while their cars run on biofuel that they also produce. The ambitios objective which was set for 2008 was achieved actually 5 years earlier, which gives even more hope for the future, a future where hopefully more and more places get their energy from renewable sources.