by Tibi Puiu
in Environment, Environmental Issues, Green Living
Reading Time: 3 mins read
A A
Share on FacebookShare on TwitterSubmit to Reddit

Here’s a global warming reduction plan that might appeal to most of you – work less! According to a Washington thinktank called the Center for Economic and Policy Research, an annual 0.5 percent reduction in work hours would cut between eight and 22 percent of every degree of warming from now until 2100. 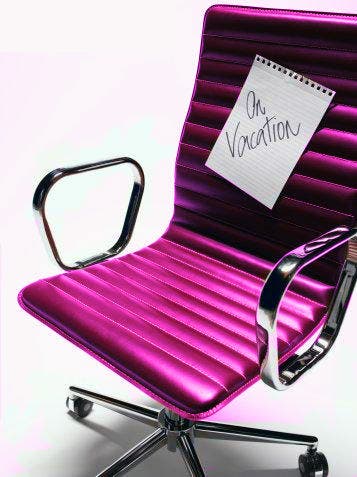 In the past few decades productivity, and as a result carbon emission, has grown massively, with some industries experiencing tenfold increases in productivity. However, work hours, in the United States at least have not been reduced, and in some respects they have actually been supplemented.

“As productivity increases, especially in high-income countries, there is a social choice between taking some of these gains in the form of reduced hours, or entirely as increased production.”

The author is evidently referring to some European states where for some years now work hours have been cut – including by taking more holidays, vacation, and leave. In the US, however, an opposite route where productivity is enforced has been taken. Some believe this is actually what has caused and still causes a highly discrepant inequality of classes. Between 1973 and 2007, some two thirds of all income gains have been directed to only 1% of US households, and the gaps are getting only wider.

Under Rosnick’s best-case scenario, a temperature rise of 1.3 degrees Celsius would be averted if Americans began working 0.5 percent less per year, beginning with a 10-hour weekly work reduction in 2013. Then there’s a social aspect that is very important and needs to be addressed. People still work very hard, in some areas harder than at the turn of last century, this despite significant technological advancements.

“We can get a similar amount of work done as productivity and technology improves,” Rosnick said.

“It’s something we have to decide as a country—there are economic models in which individuals get to decide their hours and are still similarly productive as they are now.”

Rosnick admits, however, that he has not taken into consideration how each worker contributes to carbon emissions in his free time. It doesn’t really make a lot of sense to cut work hours for the sake of reducing emissions when people in their free time still pollute and engage in high carbon footprint activities. Who has more credit for environmental responsibility, though, individuals or corporations?

“Increased productivity need not fuel carbon emissions and climate change,” says CEPR co-director Mark Weisbrot. “Increased productivity should allow workers to have more time off to spend with their families, friends, and communities. This is positive for society, and is quantifiably better for the planet as well.”