New drilling method opens vast oil fields in the US

by Mihai Andrei
in Environmental Issues, Geology, Inventions
Reading Time: 2 mins read
A A
Share on FacebookShare on TwitterSubmit to Reddit 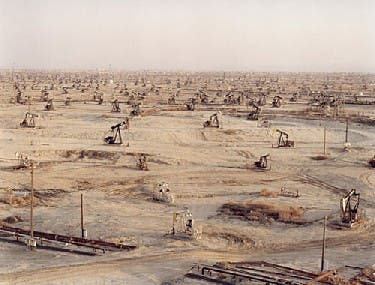 Numerous oil fields that could become an extremely valuable resource in the US and in the world have been out of reach ever since they were discovered; but that is all about to change thanks to a new drilling method that is currently being developed. The new drilling could help reduce oil imports for the US by more than a half in 10 years, giving yet one more example of science solving politics problems.

It works by drilling vertically into the rock then pumping water, sand and chemicals into the hole to crack the shale and allow gas to flow up. Researchers have been thinking about this way of shale drilling for quite a while, but they believed it wouldn’t be economically viable because oil molecules are sticky and larger than gas molecules, but drillers have learned how to increase the number of cracks in the rock and use different chemicals to free the oil at low costs.

“We’ve completely transformed the natural gas industry, and I wouldn’t be surprised if we transform the oil business in the next few years too,” says Aubrey McClendon, chief executive of Chesapeake Energy, which is using the technique.

However, critics claim this method is environmentally questionable, and can cause serious water pollution in nearby areas. It’s still unclear if this is the case, but if it will come down to it, in the battle between water and oil, oil will probably win.