The coal industry alone consumes as much water as 1 billion people, report shows

We all know the coal industry's shortcomings and negative impacts - it pollutes, it releases CO2 into the atmosphere and so on.

We all know the shortcomings and negative impacts of coal industry – it pollutes, it releases CO2 into the atmosphere and so on. But a new report sheds light on another of its negative facets: huge water consumption. The report suggests that coal consumes as much water as a billion people, and to make things worse, coal plants are often placed in water-scarce areas of the world.

Since the 1880s, coal has been used extensively to generate electricity. Steel and cement industries use coal as a fuel for extraction of iron from iron ore and for cement production. You could truly say that our modern society was built on coal. But as time went by, the adverse effects that coal has on our environment have become more and more evident.

According to a U.S. Department of the Interior report back in 1979, “surface mining of coal completely eliminates existing vegetation, destroys the genetic soil profile, displaces or destroys wildlife and habitat, degrades air quality, alters current land uses”, resulting in a completely scarred landscape. Another element of even greater concern is the movement, storage, and redistribution of soil during mining. This often disrupts the community of soil microorganisms and consequently nutrient cycling processes. Rehabilitation or reclamation mitigates some of these concerns and were first discussed decades ago, with the Surface Mining Control and Reclamation Act of 1977. But without a doubt, the biggest threat from coal is air pollution.

Coal and coal waste products (including fly ash, bottom ash and boiler slag) release approximately 20 toxic chemicals, including arsenic, lead, and mercury into the atmosphere. There’s usually only trace quantities of these substances, but coal is burned in such large amounts that they actually add up to significant levels.

To make things even worse, around 10% of coal is ash. Coal ash is hazardous and toxic to human beings and other organisms, and huge amounts of coal ash and other waste are produced annually. The main cause of smog, for example, is the heavy use of coal. In the United States, coal plants are estimated to cause 24,000 premature fatalities each year, while annual health costs in Europe from coal are $55 billion. The damage in China is undeniably worse, though no official figures have been published. All in all, there are many reasons to phase out the coal industry – and Greenpeace has highlighted another: water consumption. 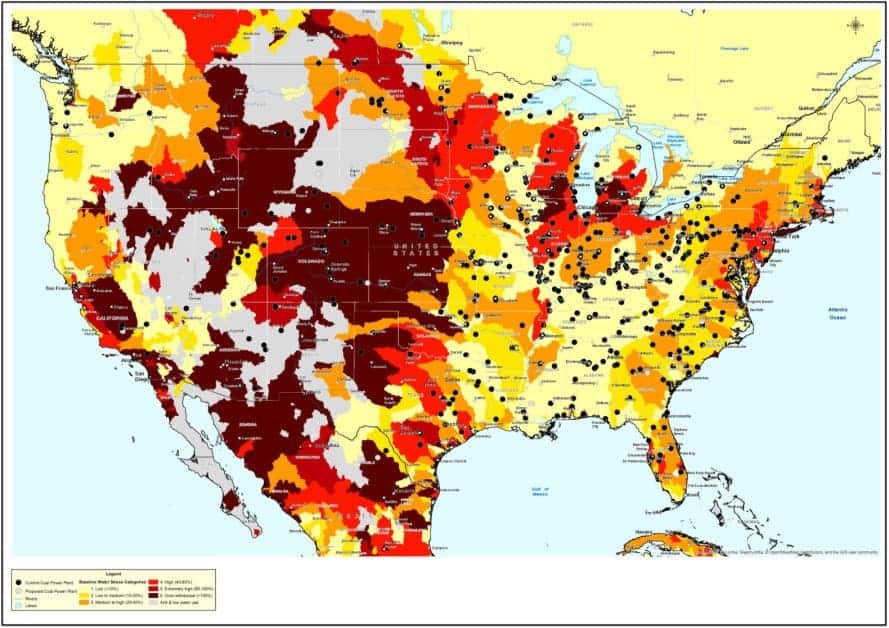 Water is generally used as a coolant, but it is also used when coal is extracted from the ground to keep dust and ash from escaping. The Greenpeace report evaluated the water usage of 8,359 existing coal plants as well as 2,668 planned plants around the world. They report that as many as 44 percent of the coal-fired power plants are located in area where water is scarce in the first place, providing an unhealthy competition for water between people and industry. In a quarter of the total areas, water consumption is unsustainable and groundwater depletion is a real possibility in the near future, raising even more problems. All in all, the huge demand on water is causing unsolvable problems in the long run.

“This huge demand on water resources coupled with the importance of all these major sectors, could severely impact societies. In some countries the water conflict could force policy makers to make very difficult choices regarding the balance of water availability for food production, power supply or water sources of major cities, as well as for maintaining environmental needs,” GreenPeace writes.

The best solution is to curb our dependence on coal – we simply need to phase it out for something a bit more efficient – even natural gas would be a magnitude better, and not just at conserving water. However, in the long run, we have to be looking towards more sustainable solutions, namely renewables.