Whales suffer from sun burns too

by Mihai Andrei
in Animals, Climate
Reading Time: 3 mins read
A A
Share on FacebookShare on TwitterSubmit to Reddit

Just like we get a tan and our skin gets darker in response to sunlight exposure, whales increase the pigment in their skin as well, but not only do they do this, they also accumulate damage to the cells in the skin as they get older, just like humans.

“Whales can be thought of as the UV barometers of the sea. It’s important that we study them as they are some of the longest living sea creatures and are sensitive to changes in their environment so they reflect the health of the ocean.” 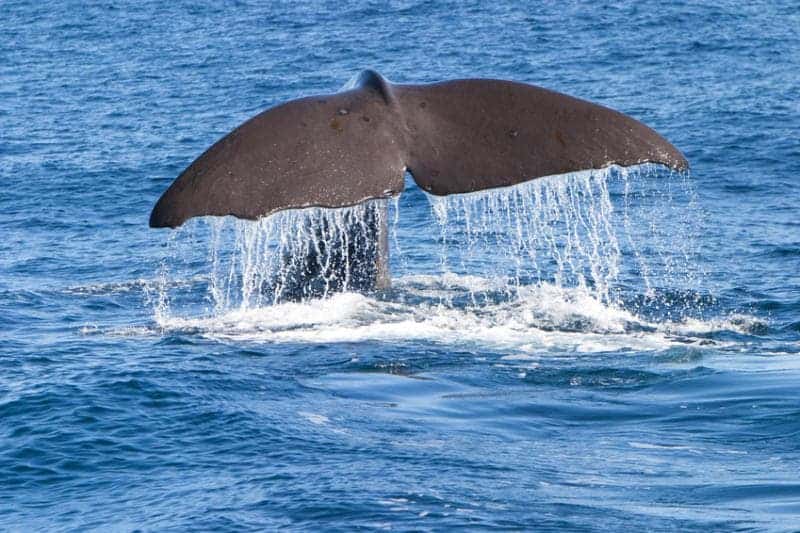 Whales are among the most unlikely creatures to suffer from global warming, but they do suffer. Skin experts from the Newcastle University were called in after marine biologists in Mexico noticed an increasing number of whales in the area had blistered skin. After they analyzed samples from three types of whales (blue, sperm and fin), it became clear that whales are indeed suffering from UV burns – something which was also shown a while ago.

However, this is the first study which studies whales have been studied at a genetic level, linking genetic damage caused by UV and migration patterns.

Migrating whales ‘tan’ the most:

“There has been an increase in the number of reports on blister-type skin lesions in various whale species in areas of high UV radiation. In many cases no infectious microorganism has been found associated with these lesions. It’s important that we study the effect of UV radiation on whale skin and the mechanisms that these species use to counteract such damage, both from an evolutionary approach and from a conservation perspective.”

But how dangerous is this fact?

“We need to investigate further what is happening,” said Professor Birch-Machin, “if we are already seeing blistered skin in the whales caused by UV damage then we want to know whether this could develop into skin cancer and therefore serve as an early warning system.

Blistering whales may not seem like much as you’re reading this from your home or office or wherever, but it is a sobering sign that global warming is indeed affecting each and every one of us, and each and every living thing on the face of the Earth.

“These whales occupy the same area year after year, so it is increasingly possible to understand the status of their populations, and what may be going on around them and in the environment. They are a reminder that changing climatic conditions are affecting every creature on the planet.”