As the Earth heats up, much of the heat sinks into the oceans.

by Mihai Andrei
in Climate, News, Physics
Reading Time: 3 mins read
A A

As the Earth heats up, much of the heat sinks into the oceans. But tracking that heat and understanding what it does in the depth is a complex task which has proved challenging. Now, geophysicists may have found a surprising way of doing that: using magnetic fields.

If you’d hard press me to say one area in which we need to up our understanding on, it’s the oceans. Oceans cover the vast majority of the Earth, and yet as the saying goes – in some ways, we know more about Mars than about our oceans.

“If you’re concerned about understanding global warming, or Earth’s energy balance, a big unknown is what’s going into the ocean,” said Robert Tyler, a research scientist at Goddard. “We know the surfaces of the oceans are heating up, but we don’t have a good handle on how much heat is being stored deep in the ocean.”

The reason for this is pretty straightforward — ocean studies are difficult and expensive, especially when it comes to global warming. We can’t see the heat, we can’t really sense it, and we can’t easily study it. But it’s especially important to understand if we want to improve our projections. What Tyler is proposing has the potential to provide global ocean heat measurements, integrated over all depths, using only satellite observations. 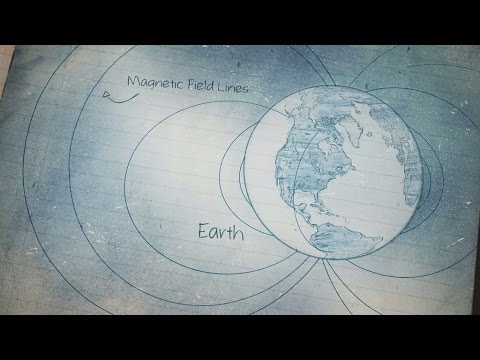 His method cleverly lies on some properties of seawater. For starters, seawater is highly conductive. Therefore, as ocean water moves around and tides kick in, there are some very slight variations in the Earth’s magnetic lines. The ocean flow attempts to drag the field lines around, Tyler says and this can be observed. We’re talking about very small fluctuations, but they have been detected from events such as oceanic swell, eddies, tsunamis, and tides.

“The recent launch of the European Space Agency’s Swarm satellites, and their magnetic survey, is providing unprecedented observational data of the magnetic fluctuations,” Tyler said. “With this comes new opportunities.”

We have a pretty good idea of how ocean currents move around, and with the high-resolution data from the Swarm satellites, we might pick up these magnetic fluctuations. At this point, you’re probably what all this has to do with global warming. Well, here’s another fun bit: the magnetic fluctuations depend on the electrical conductivity – and the electrical conductivity relies on the temperature.

So the theory is that by studying these magnetic anomalies, we can detect the heat. But does the theory stand?

The answer is ‘yes and no’. Tyler has presented his proof of concept at the American Geophysical Union meeting, but as he himself admits, there is a lot of room for improvement in terms of how the data are processed and modeled. To my knowledge, this is the first such study and it won’t be finished overnight. But the prospects are enthralling. Float and ship measurements around Antarctica are scarce and deep water temperature measurements are a bit random. Using only satellites to study ocean temperature would be a godsend. So for now, the method shows a lot of promise, but we’re still waiting on some more peer review before we can jump on this bandwagon.