by Mihai Andrei
in Climate, News, Technology
Reading Time: 4 mins read
A A
Share on FacebookShare on TwitterSubmit to Reddit

Injecting aerosols into the atmosphere could mitigate some of the effects of climate change — but it would do just as much damage, a new study found.

Geoengineering the Earth is generally seen as a last-ditch effort to mend the effects of climate change — it’s not something that should be seen as the main approach. But if we really needed to do it, what could be done? And, perhaps more importantly, would it work? A new study analyzed the effects of one of the most popular geoengineering techniques: atmospheric aerosol injections.

Aerosols are essentially minute particles suspended in the atmosphere. When these particles get large or abundant enough, their effect starts to become noticeable, as they scatter and absorb sunlight. This scattering is what reddens the light of sunrises and sunsets. Thankfully, for the purpose of this study, the Earth already has a source of aerosols that resemble those proposed by geoengineering: volcanoes.

Volcanoes can emit ungodly amounts of aerosols. The 1991 Mount Pinatubo eruption, one of the largest eruptions in modern history, injected around 15 tons of sulfur dioxide into the stratosphere, where it combined with water molecules. This created a layer of thick, hazy aerosols which were spread around the globe by stratospheric winds. This layer temporarily reduced temperatures in the Nothern Hemisphere by between to 0.5°C to 0.6°C.

Although short-lived, the effect of this eruption was strong enough to spark interest in the effects of volcanoes on global climate and start discussions about geoengineering away warming climate with aerosols. But could we really do that ourselves, and what would the effects be?

“Geoengineering — the purposeful alteration of the climate to offset changes induced by greenhouse gas emissions — is a proposed, but still poorly understood, approach to limit future warming,” researchers write.

The interaction between aerosols and the atmosphere isn’t simple. They interact both directly (by scattering sunlight directly back into space) and indirectly (by modifying the size of cloud particles, changing the way clouds reflect and absorb sunlight). In order to assess what the effects would be, the team analyzed two great eruptions — from El Chichón and Mount Pinatubo — assessing how they altered the quantity and quality of sunlight around the globe, and how these changes affected global crop yields. They focused more on the Pinatubo eruption — which is more recent than the El Chichón eruption, so it was recorded with more accuracy and at more research stations.

They combed through data from 859 solar insolation stations, finding that the eruption from Pinatubo reduced direct sunlight by 21%, increased diffuse sunlight by 20%, and reduced total sunlight levels by 2.5%. Globally, this led to a cooling effect of 0.5 °C, as well as a reduction and redistribution of global precipitations (of course, all these effects were temporary and not permanent).

But tracing the effect on agriculture is more complicated, especially since the changes had conflicting effects. Scattering light decreases total available sunlight, which generally decreases photosynthesis, but increases the fraction of light that is diffuse — which can increase photosynthesis by redistributing light from sun-saturated canopy leaves to shaded leaves below. 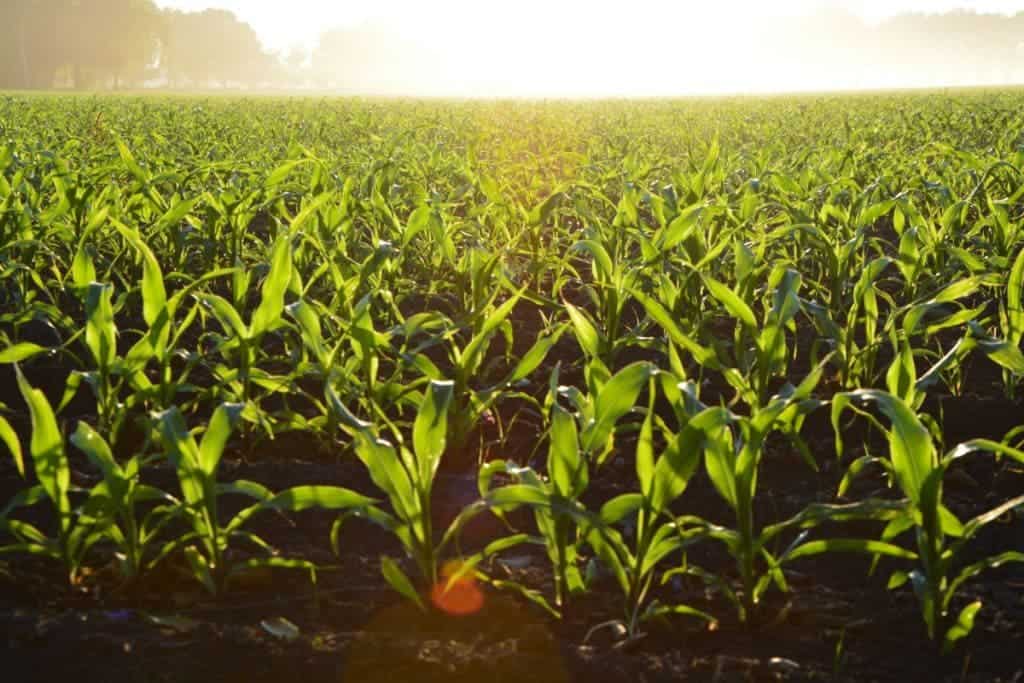 Jonathan Proctor and colleagues thoroughly investigated this effect, finding that the increased scattering had a negative effect on the yields of both C3 crops (such as rice, soy, or wheat, which photosynthesize more efficiently in hot, sunny climates,) and rather surprisingly, C4 crops (including maize, which is more efficient in cool, wet climates). C3 and C4 refer to how plants combat photorespiration, a respiratory process by which they take up oxygen in the light and give out some carbon dioxide, contrary to the general pattern of photosynthesis. C3 plants have no special features to combat photorespiration, while C4 plants do have some mechanisms — so the two groups are often treated separately in insulation studies. Yet in this case, they both suffered from increase aerosol scattering.

Moving on, the main goal of geoengineering — mitigating climate change — would have a beneficial effect on agricultural plants, but that effect would be largely weighed down by the negative effect associated to changes in light. So overall, it wouldn’t bring much improvement.

At least as far as agriculture is concerned, geoengineering is not the key to tackling global warming.

“This suggests that solar radiation management — if deployed using stratospheric sulfate aerosols similar to those emitted by the volcanic eruptions it seeks to mimic — would, on net, attenuate little of the global agricultural damage from climate change,” Proctor and coleagues conclude.

It seems like we’re back to tackling climate change the good old fashioned way — reducing our emissions.