Scientist offers $10.000 to anyone who can scientifically disprove man-made climate change

by livia rusu
in Climate, News
Reading Time: 2 mins read
A A
Share on FacebookShare on TwitterSubmit to Reddit 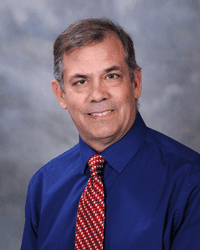 Are you a convinced climate change denier? Wanna make a quick buck? This is the thing for you! A physics professor is so fed up with people denying climate change, that he’s willing to offer $10.000 out of his own pocket to anyone who can scientifically disprove climate change.

So what if the scientific community is basically unanimously agreeing that climate change is happening, and we’re causing it? Climate change deniers get just as much air time on television, and that’s why many people still don’t understand the gravity of the situation. But Dr. Christopher Keating, a professor who previously taught at the University of South Dakota and the U.S. Naval Academy wants to change that. He will offer ten thousand dollars to anyone who can show, in a scientifically valid way, that climate change is not happening or it is not caused by humans. It’s as simple as that.

“I know you are not going to get rich with $10,000. But, tell me, wouldn’t you like to have a spare $10,000? After all, the skeptics all claim it is a simple matter, and it doesn’t even have to be original,” Keating wrote. “If it is so easy, just cut and paste the proof from somewhere. Provide the scientific evidence and prove your point and the $10,000 is yours!

Naturally, some comments accused him of not being a fair judge – but as he also explains, he’s kind of stuck with keeping this bet. Because if someone actually proves it, and he doesn’t pay up the money, then this will cause a huge media backlash:

“If I am a fraud, then I will be held up as an example of how climate scientists everywhere are frauds,” he told the College Fix.

He also launched a smaller challenge, for $1.000 – to anyone who can show even an indication that climate change isn’t caused by us. So, there you have it – go ahead and earn some easy money!

Also, one thing which I really agree with is the comparison to the tobacco industry: Keating accused “the climate deniers of today” of waging a campaign “very similar to the one waged by tobacco advocates to deny a link between smoking and lung cancer.” The scientific consensus is the same with climate change as it is with tobacco, but it will sadly take a while, and a whole lot of effort, before that finally sinks in.