by Mihai Andrei
in Climate, Geology
Reading Time: 3 mins read
A A
Share on FacebookShare on TwitterSubmit to Reddit

If you’ve ever visited a cave, you probably know the golden rules: Watch you’re head, stay on the track, and keep your grase paws off the formations! Why the last one? Well, because the hands and dirt you have on your hands can impede their growth. 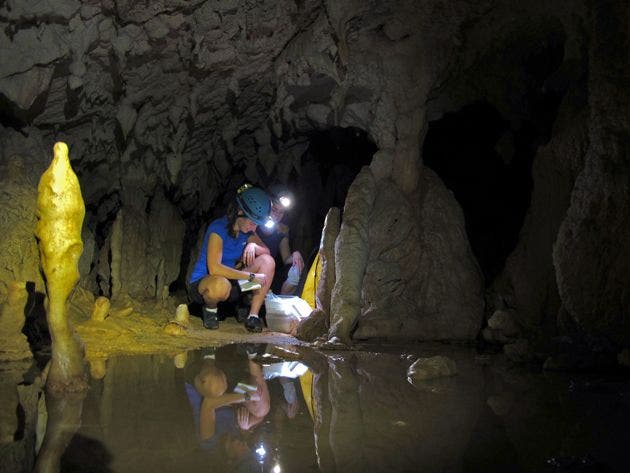 But when you go inside a cave as a researcher… things get a little different – as Stacy Carolin, a PhD student at Georgia Tech found out:

“I was a city girl back then,” she recalls. “It was very muddy and slippery… and also completely pitch black.”

So what does this have to do with groundbreaking paleoclimate research? A lot! A rather unconventional, but growing in both importance and application range is the study of speleothems (stalactites and stalagmites). Using just data from these records, researchers are able to draw fantastic information; in this study, Carolin and her colleagues outline 100,000-year-old rainfall conditions in Borneo, mapped from chemical clues in cave formations there. 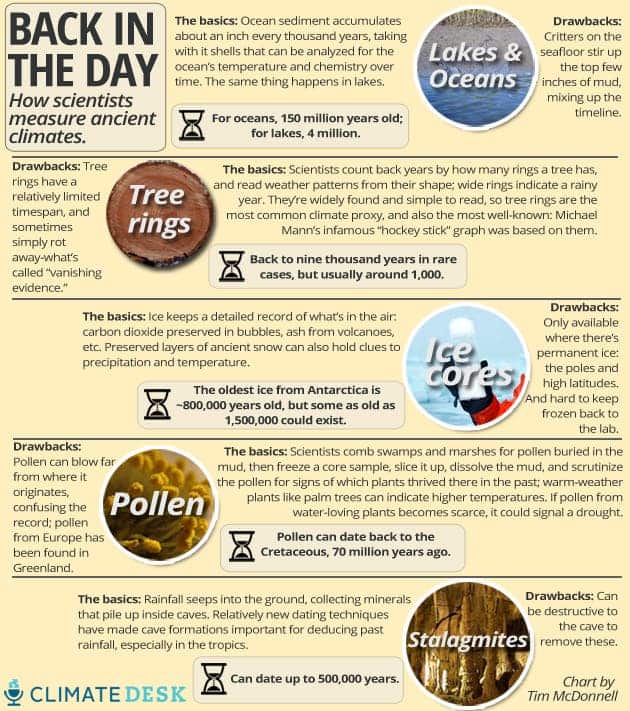 This method is especially adequate in the tropics, where other climate proxies, like tree rings and ice cores, are not really available, leaving an empty place in what scientists know about the paleoclimate of the region.

Stalagmites are “the next generation of climate records,” says Larry Edwards, a geoscientist at the University of Minnesota; and of all people, he should know best – it was him who pioneered the groundbreaking isotope dating technique which led to the boom in speleothem studies in the past years.

Another advantage is that they give information much older than trees and ice cores. They’re widespread, appearing anywhere and everywhere there are carbonatic rocks, and they show a much more detailed picture than most other proxies.

“Stalagmites are time capsules of climate signals from thousands of years in the past,” said Stacy “We have instrumental records of climate only for the past 100 years or so, and if we want to look deeper into the past, we have to find records like these that locked in climate signals we can extract today.” 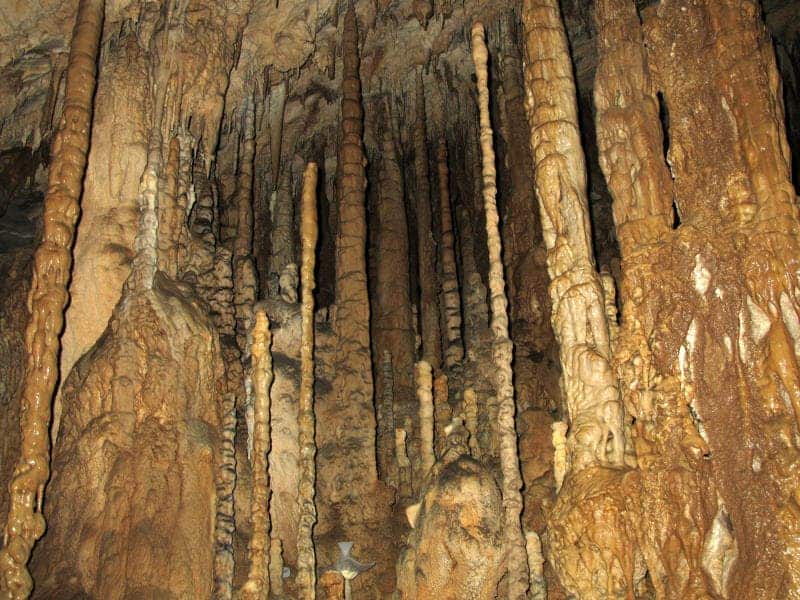 Climate scientists are especially interested in learning more about abrupt climate changes because they indicate that the climate system may have “tipping points.” This information could lead to better climatic prediction models.

“As a society, we haven’t really thought enough about the fact that we are moving Earth’s climate system toward a new state very quickly,” said Cobb. “It’s important to remember that the climate system has important nonlinearities that are most evident in these abrupt climate events. Ultimately, we’d like to be able to reproduce the global signatures of these abrupt climate events with numerical models of the climate system, and investigate the physics that drive such events.”

But for Stacy, the most important thing is understanding that the Earth hasn’t always been as we see it today. As a matter of fact, it was way different.

“You have to be impressed with the scope of what you are studying, and recognize that the state our climate is in today is incredibly different from Earth’s climate during the last Ice Age,” she said. “As we consider how humans may be affecting climate, dissecting what was going on tens of thousands of years ago in all regions of the globe can help scientists better predict how the Earth will respond to modern climate forcings.”