by Mihai Andrei
in Climate, Environment, Offbeat
Reading Time: 2 mins read
A A
Share on FacebookShare on TwitterSubmit to Reddit

Ulan Bator is a weird town; while some people live in skyscrapers, or big fancy villas, some still live in tents in the city outskirts. But they have plants to get even weirder: they want to keep the city cool by creating an enormous urban glacier.

What they want to do is capture some of the cool winter temperatures in huge ice blocks, which will then slowly melt during the summer, thus cooling the city; in order to do this, the first step is to build artificial ice shields (also called naleds): sheet-like masses of layered ice that form from different generations of frozen water. This kind of structure can naturally grow up to seven meters tall. These naleds usually form when water from rivers pushes through cracks during daylight, then freezes there during night time, to add extra layers of ice.

Major engineering consortium EMI-ECOS will try to replicate this process by artificially creating holes in the ice naturally forming in the Tuul river, and repeat this process as many times as necessary. 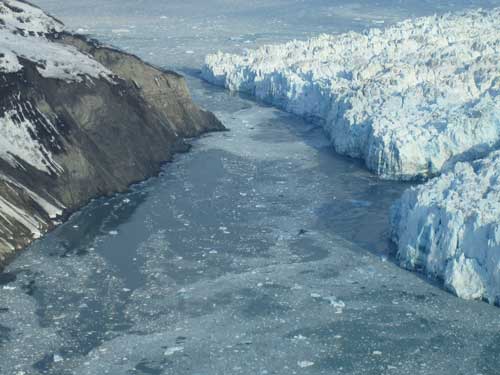 As the Guardian reports, these naleds, or Aufheis have been used in the past in North Korea and on drilling platforms in Russia. There is a lot of hope regarding this geoengineering initiative, because if successful, it could also be used in other cities, mostly in the purpose of saving money spend on air conditioning.