Aging satellite fleet could leave weather forecast in the dark

by Tibi Puiu
in Climate, Space
Reading Time: 2 mins read
A A
Share on FacebookShare on TwitterSubmit to Reddit

In the wake of the Sandy hurricane, which is currently still sweeping through North America’s east coast, weather forecasting has suddenly become a subject of major interest. It shouldn’t take natural disasters, which are getting more and more frequent unfortunately, to spark interest in this matter of grave importance. Despite this, funding for space geosciences, mainly responsible for launching and operating weather satellites, has been drastically cut down in the past decade. The effects are starting to show now as NASA’s weather satellite fleet aged. Experts warn that some weather observations could be become at best incomplete in the coming years if the current trend is maintained. 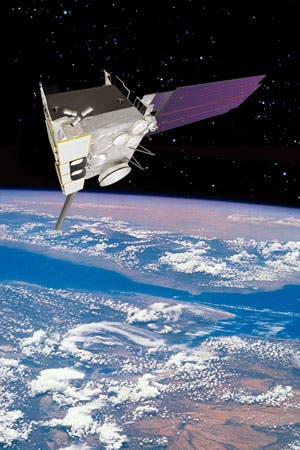 GOES-East, short for Geostationary Operational Environmental Satellite, and its companion GOES-West survey over the two halves of the U.S. in fix points since their orbits match the rotation of the planet. Recently, however, right in the peak of a hurricane season GOES-East starting giving out erroneous readings, whether they were actual images or inaccurate temperature and humidity measurements. Fortunately, NASA and NOAA had a back-up GOES parked in orbit nearby, which they swung in proper place. What if this back-up as well would’ve been offline? Well, a good chuck of North American would’ve been left with incomplete forecasts or worst yet, completely in pitch black.

Terribly underfunded, offline weather satellites could leave parts of the world in the dark

In 1992 NASA’s budget for geosciences was $2 billion, ten years later, despite inflation, its budget is currently $1.5 billion. Currently, a collective of 90 Earth-sensing instruments are part of the of NASA’s weather-forecasting fleet. That number could fall to as few as 20 by 2020.

It’s not only about forecast. Weather satellites are crucial to gathering data for complex climate and weather models, which help pinpoint  and predict storms in advance. Such models, for instance, picked up on what Sandy was going to do 8 or 9 days in advance. Typically hurricane models can predict them with about 5 days in advance, a huge leap from 3 days in advance a decade ago.

Sure, weather satellites are still being launched, the best example being the recently orbiting Suomi  National Polar-orbiting Operational Environmental Satellite System Preparatory Project (or NPP), but still not frequent enough. While the advancements top of the notch instruments like those on the NPP are invaluable, the truth of the matter is weather satellites have a short life-span and cost a lot of money to maintain, despite representing a fraction of the cost that goes into a spaceship launch.