The hole in the ozone layer is the second smallest in twenty years, data from NASA and NOAA shows, but it’s not all good news. In fact, it could signal things taking a turn for the worst. 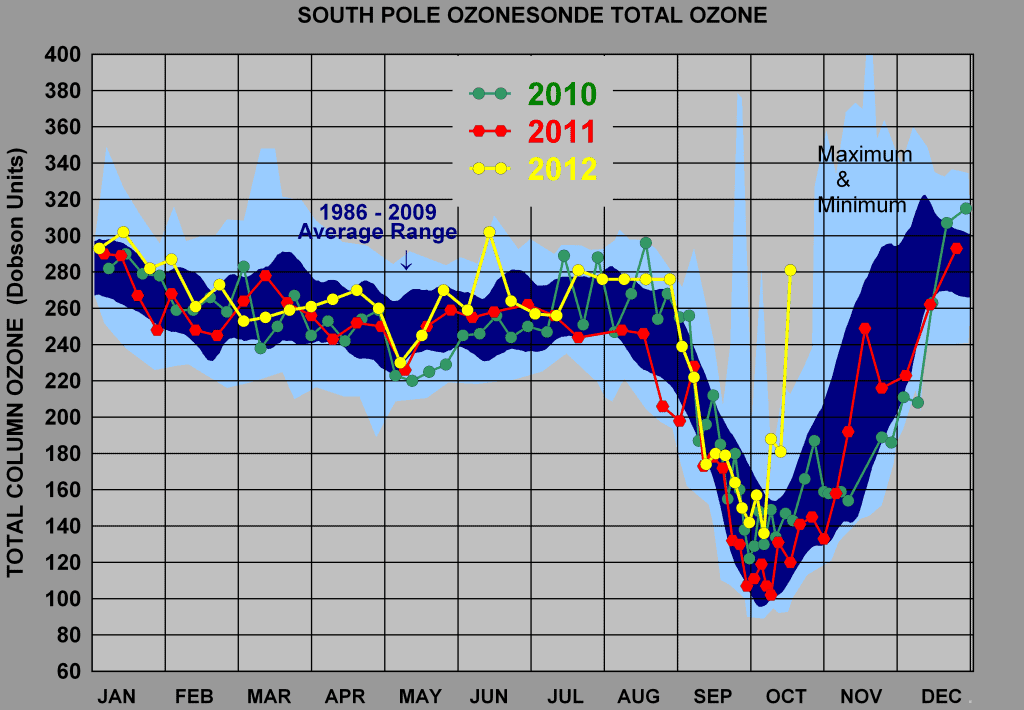 Warmer air temperatures high above the Antarctic led to the hole shrinking, now covering an area of about 17.9 million square kilometers. The ozone layer protects all life on Earth, filtering 97–99% of the Sun’s harmful medium-frequency ultraviolet light. The ozone density also seems to be growing higher and higher, which is also caused by the warming of the area; if this is indeed the case, this improvement won’t last and things will get worse in the near future.

“The ozone hole mainly is caused by chlorine from human-produced chemicals, and these chlorine levels are still sizable in the Antarctic stratosphere,” says NASA atmospheric scientist Paul Newman. Natural fluctuations in weather patterns resulted in warmer stratospheric temperatures this year. These temperatures led to a smaller ozone hole.”

The hole in the ozone layer was first observed in the early 1980s, and it was caused by chlorine emissions created by human activity; chlorine can break down ozone molecules very quickly.

“It happened to be a bit warmer this year high in the atmosphere above Antarctica, and that meant we didn’t see quite as much ozone depletion as we saw last year, when it was colder,” said Jim Butler with NOAA’s Earth System Research Laboratory in Boulder, Colo.

When the ozone layer hit its maximum, it was bigger than the US, Canada and Mexico combined.