Otters can use paws and whiskers as accurate sensors

Not ony are they very precise, but they're also very decisive.

For all their cuteness, otters are voracious eating machines. They can easily devour 25% of their own body weight each day just to keep warm. However, relatively little is known about how they search for food — but now, a new study has been able to shed some light on this aspect of their lives. 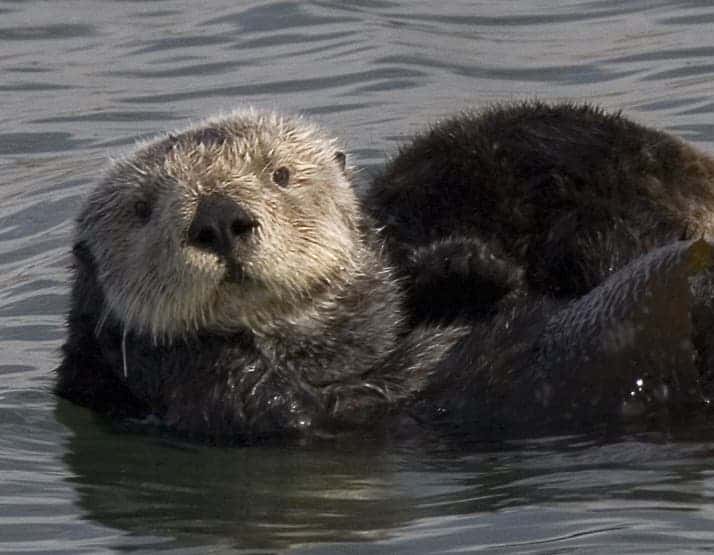 Otters are perfectly adapted to the semi-aquatic environment they typically live in. They boast long, slim bodies, and relatively short limb with webbed feet which they use to swim. They also have sharp claws and can hold their breath for prolonged periods, which lets them hunt and look for food beneath the surface. They’re also quite nimble and skilled, often pounding clams and snails on rocks balanced on their chests as they float around.

However, otters are also pretty shy, which makes the difficult to study in both nature and captivity, says Sarah McKay Strobel from the University of California Santa Cruz (UCSC).

“Sea otters can sometimes be viewed as the “problem child” when it comes to training”, says Strobel, recalling the months of effort that went into preparing a wild sea otter named Selka at the Long Marine Laboratory at UCSC for her starring role.

Strobel had a hunch that since otters often hunt in murky or cloudy waters, they don’t only rely on their sight and sense of smell to navigate the waters. In a new study, she and her colleagues describe that their paws and whiskers are extremely sensitive, being able to distinguish between millimeter-sized grooves.

Helped by a large team of volunteers, Strobel trained Selka the otter to approach a cabinet perched on the side of her pool, in which they concealed a pair of side-by-side vertically ridged boards: one with 2 mm wide grooves and another with 5mm wide grooves. Whenever Selka would touch the 2 mm board, the board would produce a click, and Selka would be rewarded. They also trained the otter to identify the 2 mm with her whiskers while blindfolded — a particularly difficult task. After the training process was completed outside of the water, the team raised the water level in the pool, inundating the cabinet and repeating the same process submerged.

It took months of painstaking (and sometimes fun) training but ultimately, after several variations and tweaks, Selka was able to identify the 2 mm grooves. Then, researchers tested her ability to distinguish the 2 mm grooved board from boards with grooves ranging from 2.1 to 3 mm wide.

Selka was able to recognize the 2 mm grooves almost instantly if she encountered them first. If the grooves were the wrong width, she would quickly move on to search for the correct board. Not only was she very precise and accurate, but she was very decisive: it took less than 0.2 seconds to make a decision when testing with her paws, and 0.4 seconds when exploring with her whiskers. When human volunteers tried to do the same task, it took them 30 times longer.

It also made no difference if the boards were in the air or underwater — Selka seemed equally capable of distinguishing the grooves. Ultimately, she was able to distinguish grooves that were a meager 0.22 mm wider with her paw (0.48 mm wider with the whiskers).

Selka was also sneaky — whenever possible, she would memorize the correct solution so she wouldn’t have to work it out again.

“Selka used her memory to solve the trial as quickly as possible”, says Strobel, who suspects that sea otters’ ability to make rapid decisions based on touch is essential for their survival. “Their dives tend to be 1-2 minutes or shorter, which means they have to be very efficient,” she says, adding that results “suggest that sea otters are capable of using touch in this short amount of time to detect prey.”

The study was published in the Journal of Experimental Biology.