Dolphins, otters, and seals killed and used as bait in global fisheries

It's an undocumented practice -- we don't know how widespread and widely used it is.

by Mihai Andrei
in Animals, Environment, News
Reading Time: 3 mins read
A A
Share on FacebookShare on TwitterSubmit to Reddit

A new study sheds new light on a disturbing practice of global fisheries — the killing of aquatic mammals to use as bait. Common victims include dolphins, otters, seals, and even some endangered species. The practice has received very little attention from the international community, researchers say. 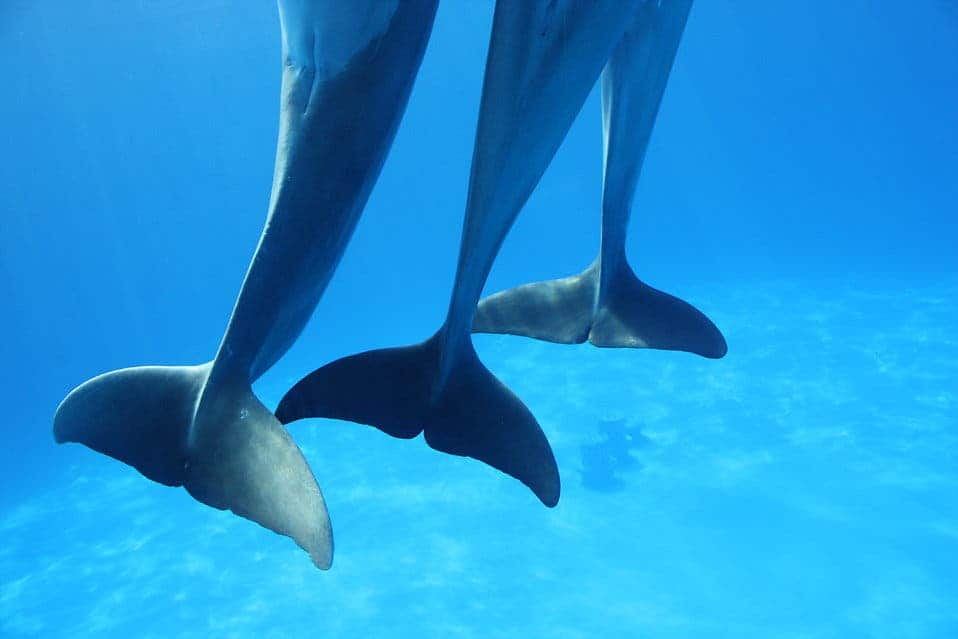 Bycatch is a well-known and studied problem. It represents the incidental capture of dolphins, sea turtles, birds and other non-targeted species in fishing operations. But there’s another problem with fishing: that of bait. According to a new systematic review, the problem is much more widespread and dramatic than most people realize.

The study reports that more than 40 species of aquatic mammals have been utilized as bait since 1970 in 33 or more countries. In at least one big fishery, 80% of these species were deliberately killed to be used as bait. For instance, shark fisheries routinely kill dolphins and use their parts as bait for sharks.

The study’s lead author, Dr. Vanessa J. Mintzer from the University of Florida, says that there is very little information about this practice and how much wildlife it affects.

“Killing for use as bait is a primary threat affecting Amazon river dolphins, known as botos — the species and issue I have studied since my Ph.D. dissertation. With this global review we wanted to see whether, and where, other species were killed for bait, and learn about possible solutions to stop the problem,” says Dr. Mintzer.

Of course, it makes a lot of sense that this practice is kept under the lid. Killing animals for bait is, essentially, a clandestine activity. Even if it is legal, no one’s going to advertise it. So it’s not really surprising that the data about this practice is sparse at best — but this needs to change, Mintzer says. We don’t know how much of an impact it has, how widespread it is, and, especially in ecosystem hotspots, how many endangered creatures it threatens.

“For scientists already working on species and locations identified as “hot spots” in this review, organized efforts should begin right away to estimate these numbers,” she says. “It took years to determine that the hunt for botos was unsustainable and now conservation actions need to be expedited. We need to identify other affected populations now to facilitate timely conservation actions.”

The study also urges authorities to take action. In many parts of the world, it’s not even illegal to kill marine mammals and use them as bait, and even where it is, not much action is taken to enforce this. Lastly, it’s up to the consumers as well as the local communities and businesses to push for sustainable fishery initiatives. Top-down implementation alone isn’t enough, we need to act on all levels of society. After all, how would you feel if you knew your meal was caught with dolphin or otter as bait?