Canadian Arctic was once home to giant ancient camel

by Tibi Puiu
in Animals
Reading Time: 2 mins read
A A

We typically tend to associate camels with dry, barren, scorching hot deserts, but the truth is the animals first originated in North America’s Arctic region. A recent discovery of an ancient giant camel in Canada’s High Arctic region adds further weight to this claim, and shows just how adaptable the animal was in its migration from freezing cold to melting hot.

Natalia Rybczynski unearthed the first few bone fragments on a windswept ridge in Canada’s High Arctic, after she and her team of researchers at the Geological Survey of Canada while exploring a rich fossil bed on Ellesmere, known as the Beaver Pond site. The site is well known paleontology treasure chest site that contains the remains of a boreal forest and wetland as well as ancient black bears, beavers, horses, rabbits and “deerlets.”

“It’s a surprise when you first hear it,” said Natalia Rybczynski, a paleontologist at the Canadian Museum of Nature in Ottawa, who discovered the bone fragments in 2006. “But the Arctic in the winter was like a desert at that time.”

It was years after they first discovered the first fragments in 2006, that the researchers realized they came from an ancient camel 3.5 million years old. Luckily, the Arctic environments preserved the collagen in the bone fragments very well, which allowed researchers to analyze  the tightly linked molecules, which vary from species to species.

The remains were found about 750 miles north of what was previously the northernmost known camel fossil, a giant found in Canada’s Yukon Territory in 1913.

“It’s just kind of stunning that it’s more than 1,000 kilometers away,” said Dr. Rybczynski, the lead author of a paper about the camel published Tuesday in the journal Nature Communications.

Camels originated in North America about 45 million years ago and underwent most of their evolution on this continent before dying off. This most recent discovery adds further weight to the theory that has ancient camels migrate over to Asia through the Bering Land Bridge seven to eight million years ago. 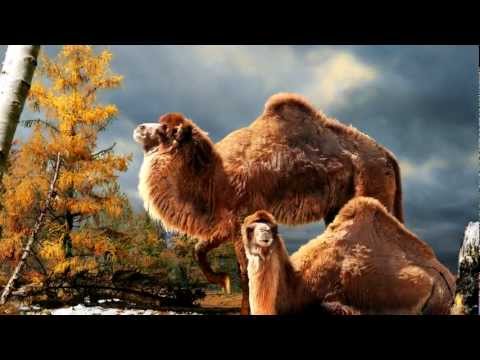 During this time, the climate was very hectic for the camel. Most likely, sunshine reigned queen for 24 hours straight six months at a time, before leaving room to seemingly never ending darkness, which engulfed the region into a freezing chill. Broad feet and its signature hump of fat most likely served as indispensable assets in the camel’s fight for survival, but also proved to be equally as useful when facing desert regions.