These fish are quite comfortable out of water.

A surprising new study has revealed that some fish are developing the ability to survive outside of water and even leap onto the rocky shorelines.

Some 400 million years ago, the first fish started moving away from the oceans and onto the land. Now, the same thing may be happening for some fish — but on fast forward.

Researchers from the UNSW and the Australian National University have studied blennies around the South Pacific island of Rarotonga, learning that the fish have pretty much become amphibious. They theorized that there must have been an extreme environmental pressure to force them to develop this unique strategy.

“Avoiding predators might be an explanation of why some animals move from their ancestral homes into starkly different environments, but evidence for this is rare because it is difficult to collect,” says study first author Dr Terry Ord of UNSW Sydney. “Our study of blennies on Rarotonga is the first to examine the pressures driving fish out of the water. There obviously have to be some major benefits for fish to make the dramatic shift onto land. Otherwise, why would they do it?”

As it turns out, although they’re fish, the outside-of-the-water is less dangerous for them. Rarotonga is the most populous island of the Cook Islands, a volcanic island surrounded by a lagoon which is itself surrounded by a coral reef. It features quite a rich marine biodiversity, and apparently, all of it wants to eat the blennies. 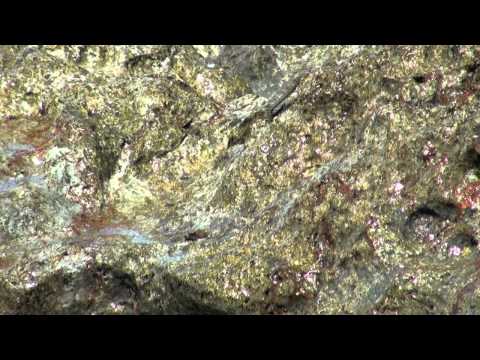 Ord and his colleagues were surprised to see three different species of blennies independently go out to the shore, staying there for various amounts of time. It looks like they’re slowly becoming land dwellers, but they’re only doing this at certain times of the day — when the threat is greatest. During low tide, the blennies simply swim around in the rock pools at the outskirts of the island. But when high tide comes, so do the big predators. Coral reef fish such as flounders and lionfish love feasting on the little blennies, which seek refuge on land. Of course, the land isn’t perfectly safe either as the occasional bird will chow down on them, but it’s much safer — three times safer, researchers estimated.

The fish breathe on land by keeping their gills wet with water spray, and they also get some extra benefits from moving to land — such as sheltered nests for laying eggs, and some algae and bacteria to nibble from the cliffs. They’ve even developed a stronger tail to help them leap out of the water. However, the main benefit is still getting away from predators, something which Ord believes triggered many evolutionary changes across history.

“If you never look over the fence, you’ll never know that the grass is greener,” he says. “However, if you’re forced to the other side to escape something, you may then realise it has additional benefits and want to stay there and adapt.”

The researchers made 250 replica blennies out of plasticine to test their theories. The first batch was placed in the natural environment of the fish, whereas the second ones were placed on land, where the blennies run for shelter. It was easy to see just why they were running out of the water, and the replicas also helped researchers see how much safer it gets when the blennies get out of the water.

“There were far more attacks on the model fish from predators in the ocean than predators on the shore, showing there are obvious benefits for blennies in becoming fish out of water and colonising the land,” says Dr Ord.