While the name might fool you at first glace, black holes are anything but empty.

While the name might fool you at a first glance, black holes are anything but empty. It’s quite the opposite – these are objects (if you can call a thing with virtually no volume an object) made up of extremely densely packed matter, all crammed into one single point — the singularity. Think of a star ten times more massive than the Sun squeezed into a sphere approximately the diameter of New York City and you’ll come close to the kinds of density encountered in black holes.

This creates an enormous gravitational force that pulls everything towards it, even light. The information might still be preserved at the event horizon (an imaginary radius around the black hole that describes the ‘point of no return’), according to Stephen Hawking. Now, black holes come in several variations, including the giants known as “supermassive” black holes, which are millions, if not billions of times more massive as the Sun. Astronomers believe that supermassive black holes lie at the center of virtually all large galaxies, even our own Milky Way.

You’ve probably already been mesmerized by the GIF posted in this article. I know I was. For more, check out the full video. 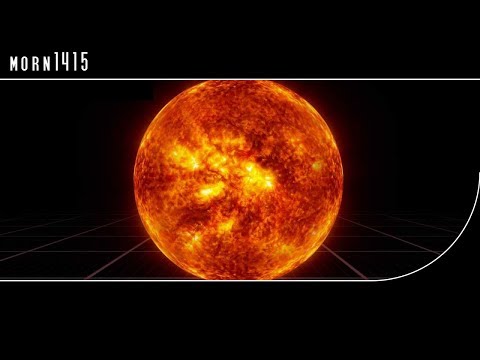