After SpaceX managed what seemed to be a successful launch, one of the nine Merlin engines suffered what the company called “an anomaly” – an anomaly that looks just like an explosion – but engineers insist it’s not really a problem and everything went according to plan. You can check it out for yourself, in this slow-motion video.

Data suggested the engine lost pressure quickly and a shutdown order was issued; the team kept receiving information from the engine, which again, goes to show that it didn’t blow up. Furthermore, the team added that this is actually a good thing, showing that the shuttle can perform even when not all goes according to plan.

“The fact that the Falcon was still able to reach orbit safely despite [the anomaly] is overwhelming evidence that SpaceX knows what they’re doing and that they have had safety, reliability, and robustness of design in mind since the beginning of their design work,” Astronauts4Hire‘s Corbin remarked. “A systems-level analysis could uncover bigger problems,” Corbin pointed out. “Considering the rocket was near MaxQ, I think what they experienced was as bad as it could get, or pretty close, which is good, because even with that engine failure they succeeded.” 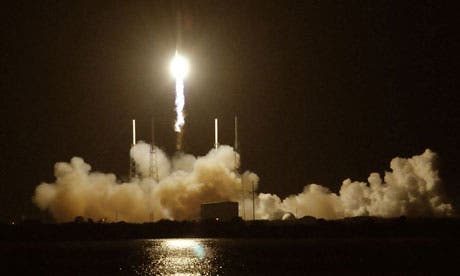 The bad thing is that not only did something bad happen, but engineers don’t know why it happened. They hope to figure this out in the following days. SpaceX is currently the only private company able to make commercial space flights, thus being the single supplier of such services for NASA, who shut down its low orbit space program.