China to send its first woman into outer space

by Mihai Andrei
in Space flight

I was just telling you how China is preparing for its first manned space docking – a truly remarkable feat, especially considering how only 9 years have passed since their first space flight. 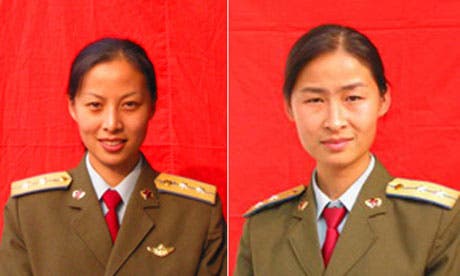 However, it is still not clear which woman will board the Shenzhou-9 manned spacecraft docking mission, but it will be either Captain Wang Yaping (l) or Major Liu Yang. Chinese media described major Liu Yang as a veritable hero, after managing a successful emergency landing after a dramatic birdstrike incident spattered the windshield of her plane with blood; on the other hand, her rival, Captain Wang Yaping has flown rescue missions during the Sichuan earthquake and piloted a cloud-seeding plane to help clear the skies of rain for the Beijing Olympics in 2008.

“They are selected as members of the first batch of female astronauts in China because of their excellent flight skills and psychological quality,” said authorities.

This month’s mission is regarded as crucial to the entire space program, and it will show if the Chinese ambition and hard work paid off, or if they were too hasty and should have prepared longer. If everything works out, it will be yet another landmark in space exploration for Earth.

“It means China’s spacecraft will become a genuine manned shuttle tool between space and Earth. It can send human beings to space stations or space labs. This will be a significant step in China’s manned space flight history.”

An interesting fact is that both candidates are in their 30s and have one child – Chinese authorities have decreed that only mothers can train as astronauts, apparently due to the concern that space flight might affect fertility.