Have you ever seen a model of the solar system? They’re just great! But most of them have one big fault – they’re not to scale. But that’s not the case with the biggest model in the world, located in Sweden, which stretches around the entire country and represents everything to scale.

The Sun is represented by the Ericsson Globe, in Stockholm, which measures 110 meters in diameter, keeping the proportions to scale if we consider both the Sun and its corona. 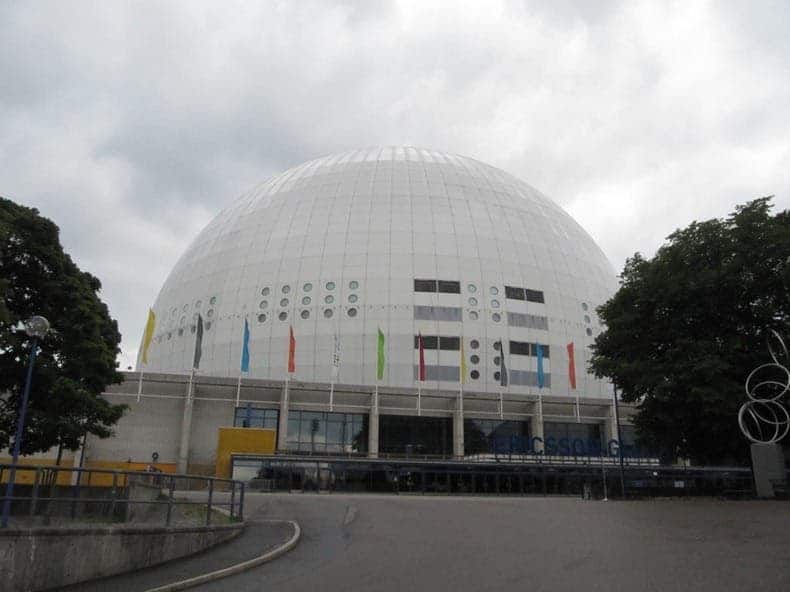 Mercury measures only 25 cm in diameter, and is placed 2.9 kilometers away from the ‘Sun’, in the Stockholm City Museum. 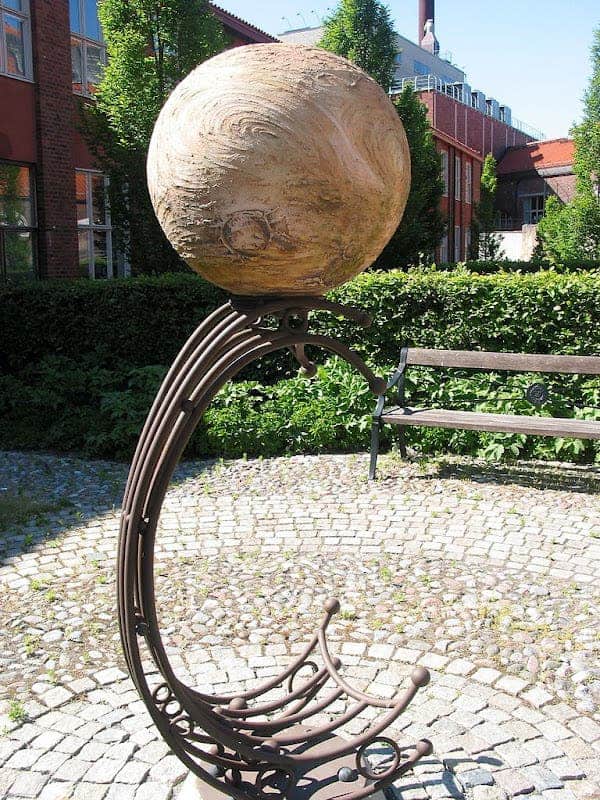 Venus (62 cm) is placed at KTH, the Royal Institute, 5.5 km from the globe. Sadly, the original Venus fell and shattered, so this is actually a replacement. 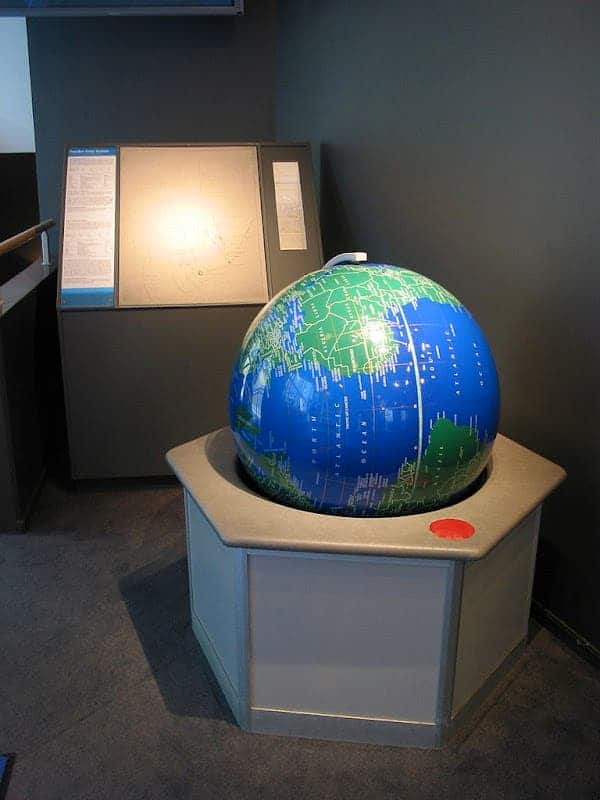 Earth lies at the Swedish Museum of Natural History (Cosmonova), 7,600 m from the Globe, and satellite pictures of our planet surround it.

There is also an elaborate model of the Moon in another room of the museum. 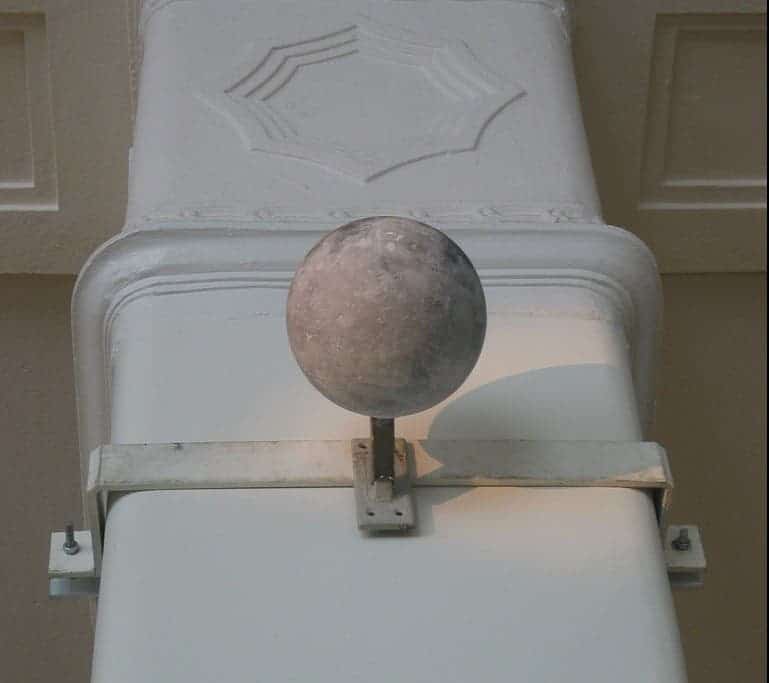 Mars is pretty close, in a suburb of Stockholm, at a shopping center. It measures 35 cm in diameter and is located 11.6 km from the Sun. 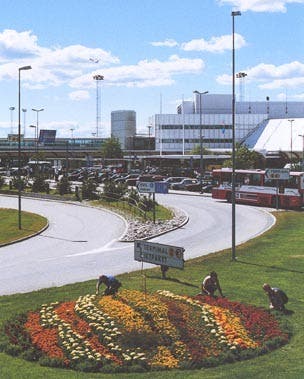 Jupiter is represented as a big, circular flower decoration at the Arlanda airport, some 40 km down the road. The different types of flowers represent different zones of the planet, but there are plans of building a big 3D model.

We haven’t really been able to get a picture of Saturn, so if any of you people have one, we’d be really thankful if you could share it with the rest of us. But we do know it is placed outside the old observatory of Anders Celsius, in the so-called Celsius Square, at centre of Uppsala, 73 km from the Globe

Also Uranus was vandalized and while there are plans to build it, a model isn’t currently available. 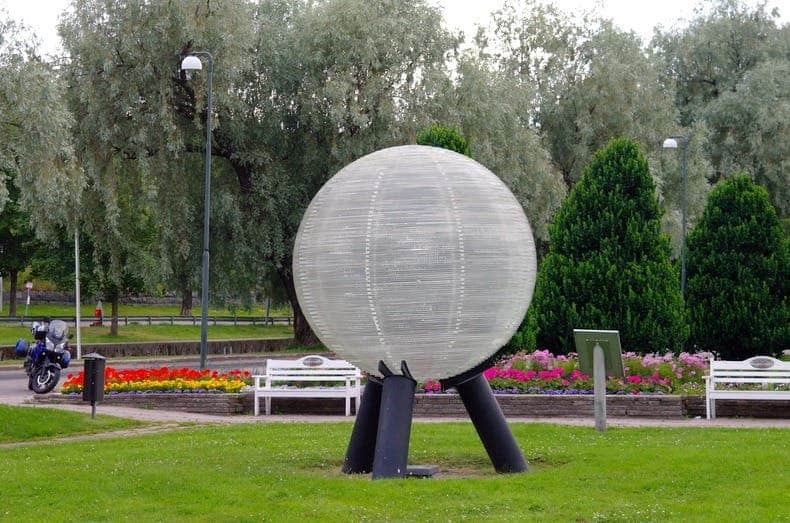 However, Neptune, measuring 2.5 meters in diameter and located 229 km away from the Globe, lies by the river Söderhamnsån in Söderhamn – known for its fishing and sailing tradition – for which Neptune is a symbol. 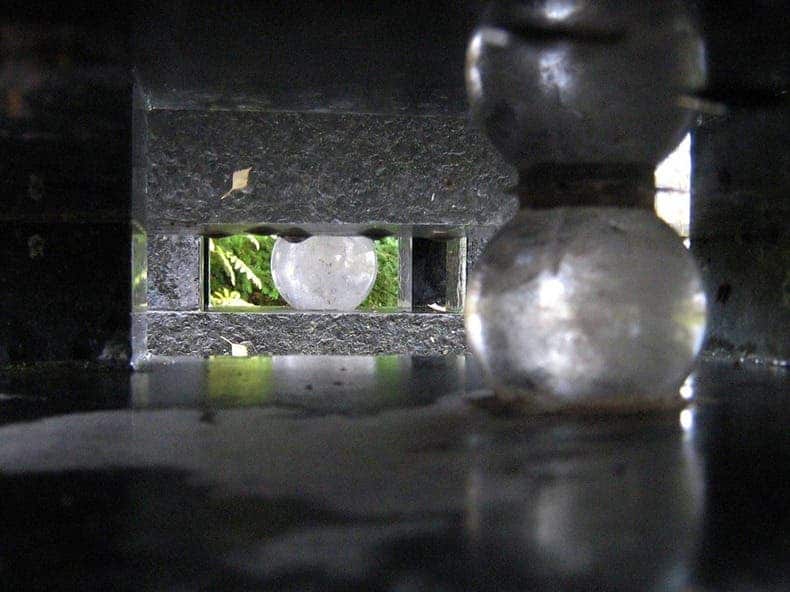 Also, even though it isn’t technically a planet, Pluto is still in our hearts, and it was placed with its moon Charon in Delsbo, 300 km from the Globe, near the Dellen lakes, which were formed by a meteorite impact some 90 million years ago.