by Tibi Puiu
in Space, Space flight
A A

Passionately considered by its founders as “the biggest breakthrough in propulsion technology since the jet engine”, a still in development reusable engine, which would allow commercial aircraft to travel at incredible speeds both in the atmosphere and sub-orbital space, promises to revolutionize the way we fly. A trip from London to Sydney could be made in under four hours for instance, plus it wouldn’t be more expensive than a first class ticket on a typical airline today.

Called  Synergistic Air-Breathing Rocket Engine, or SABRE, the forefront engine intends to mix conventional in-atmosphere flight and space travel. Its secret – one of its many that is, since its founding company Reaction Engines is keeping everything behind closed doors – lies in the way it treats cooling. Conventional jet engines can’t travel at extreme altitudes and high power because of overheating. SABRE solves this by employing an innovative cooling technology that allows it to cool air entering an engine from 1,000C to -150C in a hundredth of a second, without creating ice shreds. 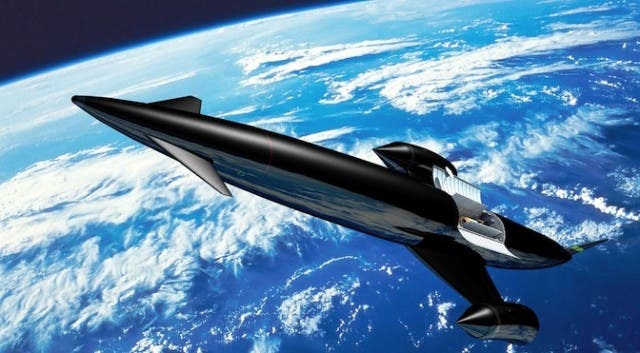 Moreover SABRE would have two modes of propulsion: in-atmosphere and suborbital. In the air, SABRE would power the  84m-long aircraft called Skylon to fly to an altitude of 15.5 miles (25km) at around five times the speed of sound, more than 2,000 miles per hour. At this altitude, roughly a fifth of the distance to space, the engine could switch to rocket booster mode allowing it to gain the necessary mileage and speed to reach sub-orbital space.

“If you wanted to go to Australia, or anywhere else in the antipodal world in four hours or so, then that would be the best way to go and you would pay [the cost of] a first class or business class flight,” said Alan Bond leader of the research team at Reaction Engines.

This means any destination on Earth could be reached within four hours. Not only this, since the SABRE-power aircraft can reach space in a reusable fashion, the technology could very well revolutionize sub-orbital flight and replace current rockets employed today. It will be interesting to see how private space ventures today, like SpaceX, see SABRE and whether they have their own similar solution.

“This means that we can build a hybrid air-breathing rocket engine. What this is going to permit orbital and high-speed propulsion,” said Tim Hayter, CEO of Reaction Engines. 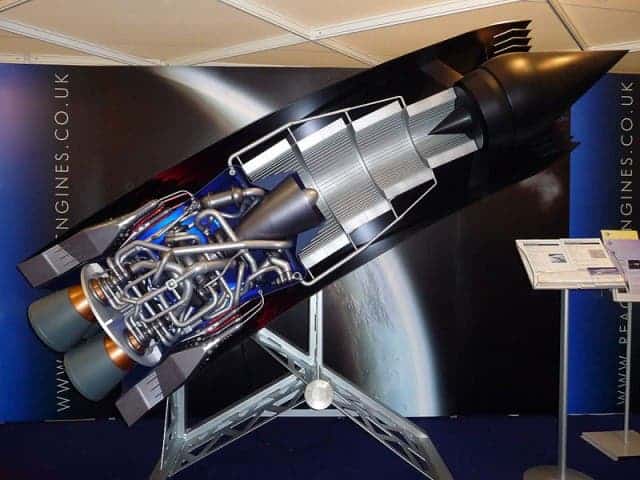 When in plane mode, SABRE compresses air entering the combustion chamber and uses a novel heat exchanging array in order to cool the extremely hot air, which would otherwise melt the engine. Though details are scarce, from what its been released to the public and we can pick up, the cooling system is comprised of  an array of thin pipes,  in “swirl” pattern, filled with condensed helium, which extracts heat from the air and cool it to minus 150C before it enters the engine. Typically, this would cause ice shards to form which would damage the engine and rend it inoperable, not to mention a significant hazard. However, according to Reaction Engines, the team has developed a yet disclosed technology that prevents ice formation.

Footage with live tests of the experimental technology can be seen at BBC.

The project is being vouched and funded by the  European Space Agency, who recently gave Reaction Engines’ SABRE its seal of approval. Currently, the company is looking for a new round of funding estimated at $400 million over the next three years to build a smaller version of the engine. Officials claim a working version could be released no sooner than ten years from now.

Dr Mark Ford, of the ESA, said: The gateway is now open to move beyond the jet age.”