Stars capture and swap with one another nomad planets

Some time ago we told you about one of the most fascinating facts this blog has ever published, namely how there are “nomad” or “rogue” planets outside our solar system, which travel aimlessly through interstellar space without having to circle a certain star. It’s estimated that there are actually more such nomad planets haunting through space in the Milky Way than there are stars. 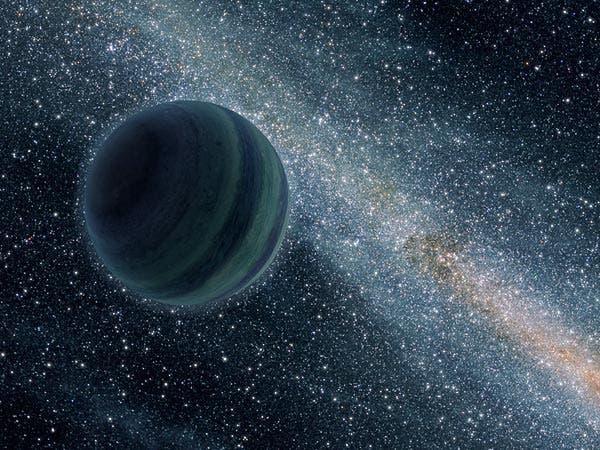 A new study, authored by  Hagai Perets, of the Harvard-Smithsonian Center for Astrophysics and Thijs Kouwenhoven of China’s Peking University, found that there was a  3 to 6 percent chance a star would snag a free-floating planet and lock it into its orbit, after simulating the evolution of young star clusters. They studied young star clusters because capture is more likely when stars and free-floating planets are crowded together in a small space.

It seems rogue stars are a very natural consequence of star formation. When a new solar system is formed, it’s common for two planets to interact and thus one of them becomes ejected, doomed to free travel through interstellar space, until it may finally encounter a star massive enough to pull it in and hitch a ride. This explains why there are some solar systems with planets incredibly far away from the star their orbiting, in total discrepancy to the respective star’s mass. Also rogue stars orbiting a new home-star are likely to have orbits that are tilted relative to any “native” planets, and they may even revolve around their stars “backward,” researchers said.

That’s the theory, but it’s very difficult for scientists to assert that a certain planet wasn’t actually formed in its current solar system, but instead hitched a long time after. One of the most conclusive piece of evidence astronomers have backing up the idea that rogue plants actually do happen to attach themselves to new solar system is a 2006 discovery. Then, scientists found a huge planetary duo – 14 and respectively 7 times more massive than Jupiter – orbiting each other without a star in their vicinity.

Concerning our own solar system, astronomers have scoured to the very outskirts and have yet to find any signs of a new planet, such a presence being deemed highly unlikely.

“There’s no evidence that the sun captured a planet,” Perets said. “We can rule out large planets. But there’s a non-zero chance that a small world might lurk on the fringes of our solar system.”