NASA’s Curiosity rover has already driven 112 meters on the surface of Mars, leaving behind these tracks, photographed by another NASA satellite orbiting the Red Planet. 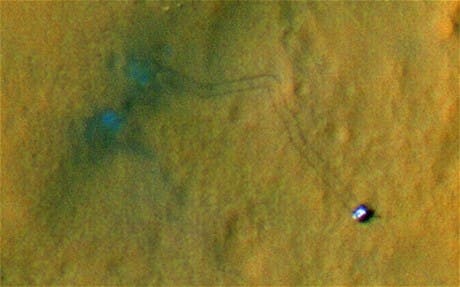 The spacecraft landed one month ago, on August 5, in a mission to search for the basic ingredients of life, and figure out if Mars has, or had at any moment in its existence, any life forms. When the images from the satellite were received, scientists and engineers were thrilled, because seeing these tracks from orbit gives them a visible sense of accomplishment. Other rovers besides Curiosity have left tracks on Mars, but they weren’t as deep or wide as these ones. 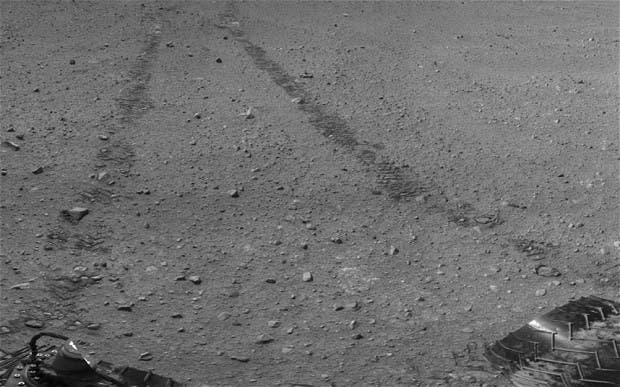 However, Curiosity won’t be travelling any more in the next few days; that system works, it’s been tested, proven, everything’s fine. What engineers want now is to test its robotic arm – the ‘Swiss army knife’ of scientific instruments which will test rocks and the chemicals in the soil.

After the system has been given the green bill as well, Curiosity will move on and travel more than seven days to its first destination, a point called Glenelg, where three types of terrain meet. If everything goes according to plan, the rover will start analyzing rocks there.