Lost 1967 spacecraft found on the Moon

NASA astronomers believe they have found a long lost space probe from the 1960s, the one which took “the picture of the [last] century”, just before crashing on the far side of the moon. 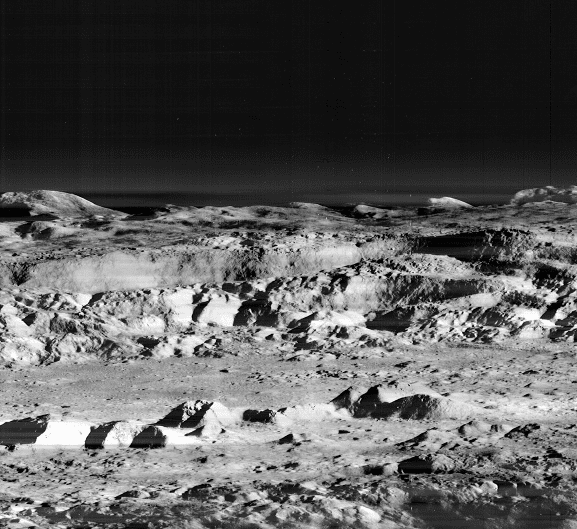 This information was brought up by the Lunar Reconnaissance Orbiter (LRO), sent up to circle the Moon as part of a precursor for a manned Mars mission. The LRO had the purpose of mapping the lunar surface in unprecedented detail, and perhaps discovering ice deposits or crater-rim landing sites where solar power would be available year round. What might come as a surprise is that this initiative was funded by the Bush administration, but as Obama became president, the plans were abandoned; that’s definitely some food for thought.

But nevertheless, the LRO produced some great pictures and some amazing findings, including the crash site of a space probe called Lunar Orbiter 2. The probe had a somewhat similar mission to the LRO, but also selecting the best landing sites for the Apollo missions. Hey and guess what, the Apollo missions did take place, not like the recent Constellation missions which were cancelled, and NASA astronomers did travel to the Moon, when they don’t even have a space shuttle now.

Even though Lunar Orbiter 2 wasn’t a total success, it did achieve widespread fame and did space exploration a lot of good, especially when it sent back a stunning image of the Copernicus crater, which was dubbed ‘the picture of the century’ by that day’s media.