Newest found planet is just the right temperature for life

by Mihai Andrei
in Alien life, Space
Reading Time: 4 mins read
A A
Share on FacebookShare on TwitterSubmit to Reddit

The race for finding habitable planets outside our solar system is definitely heating up. After we told you about Gliese, a planet which seems habitable enough, researchers have reported finding yet another planet, which is not too hot and not too cold either – Kepler-22b is just the right temperature for life as we know it: 72 degrees, a perfect spring temperature on Earth. 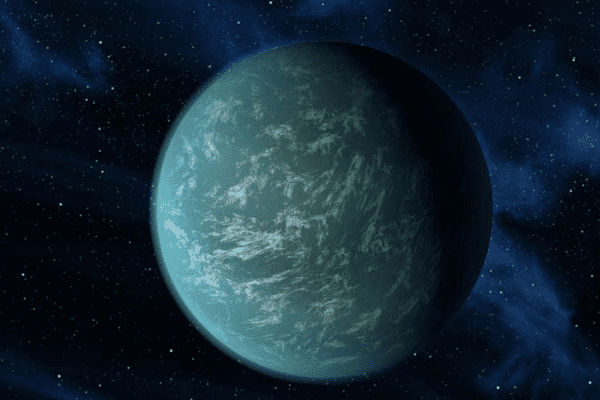 “If it has a surface, it ought to have a nice temperature,” said Kepler’s lead scientist, Bill Borucki, during a teleconference Monday.

Furthermore, it is located exactly in the habitable area researchers have talked about for so long – not too close and not too far from its star. 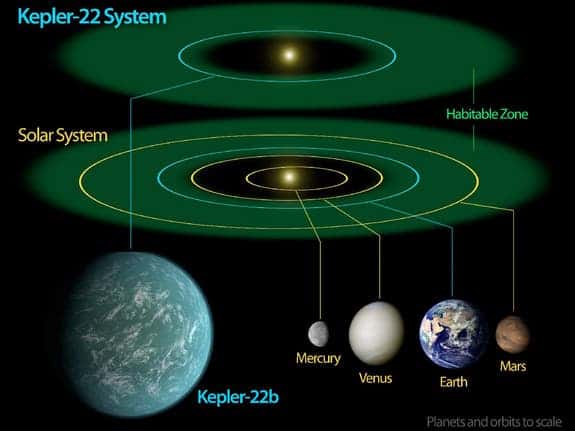 “It’s right in the middle of the habitable zone,” said Natalie Batahla, a Kepler scientist, referring to the narrow, balmy band of space around any star where water can be liquid. “The other exciting thing is that it orbits a star very, very similar to our own sun.”

However, there is still a pretty big ‘if’, regarding the planet’s atmosphere. Its temperature and living conditions pretty much depend on its atmosphere, which acts like a blanket and heats the planet. However, even without atmosphere, it is probably hot enough to bear liquid water on its surface.

It’s 2.4 times bigger than our own Earth, but its composition is still somewhat a mystery. It could very well be a rocky planet, like our own planet and Mars for example, and it could also be gaseous, like Jupiter or Uranus. Even more, it could also be a water planet, covered by deep oceans from one end to another – and this is an extremely interesting and provoking scenario. Just imagine, a world 2.4 times bigger than the Earth, covered with deep oceans, at spring temperature – bearing life is extremely likely.

Determining its composition is done by determining its mass, which is something the Kepler telescope can’t measure that; the good news is – Earth located telescopes can. They can estimate the tug and pull it exerts on other bodies and thus accurately estimate its mass. Telescopes in Hawaii, Chile, and all over the world are on it in this very moment.

Besides its temperature, Kepler-22b, which is located 600 light years away from us, shares other intriguing similarities with Earth. Its planet is like the Sun’s twin – the light hitting the planet has the same colour as the light hitting Earth, and its year is also comparable to ours: 290 days instead of 365.

Finding Kepler-22b was an admirable achievement, but it also required a bit of luck – but the luck came in time, right before Christmas.

“It’s a great gift,” said Borucki. “We consider it our sort of Christmas planet.”

Researchers working at the Kepler project claim Kepler-22b is a far better candidate for life than another planet found by the European planet-hunting project in September. The planet in case, called HD85512b circles a star which somewhat resembles the Sun, but is smaller and cooler. It is also on the edge of the habitable zone, which means that any water on its surface is likely to be ice. 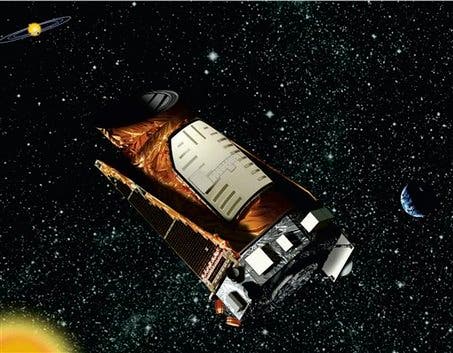 Astrophysicists are absolutely thrilled by the Kepler-22b discovery, as it shows once again the $600 million Kepler mission which launched in 2009 is more than worth it. The mission has the purpose of finding other Earth-like planets, and in general, planets bearing life. This week, researchers got together to estimate the success or lack of it they’ve had so far – everybody was pleased.

“We are getting really close, we are really homing in on the true Earth-sized habitable planets.”

So far, Kepler’s numbers are absolutely fascinating: out of 150.000 scanned stars, it found 2,326 “candidate planets”. Most of them are gas giants, like Jupiter. But some, 207 including Kepler-22b are comparable in size to Earth. Follow up observations and studies will determine if these planets indeed have the potential to bear life.

“We won’t know if they’re there unless we look,” Tarter said before referencing the 1997 film “Contact.” Jodie Foster played the role of Tarter in the movie, listening to stars that have “just right” planets circling them before striking the alien jackpot. “Just like Jodie Foster … in ‘Contact,’ we will give higher priority to planets that our colleagues tell us are not too warm, not too cold, but just right.”

Meanwhile, 42 radio telescopes are scanning Kepler-22b and other candidates, in the hope of finding the first extrasolar planet which bears life.