by Mihai Andrei
in News, Space, Technology
A A

An amateur radio enthusiast from the UK has managed to have a quick chat with the International Space Station using a device he built in his shed. 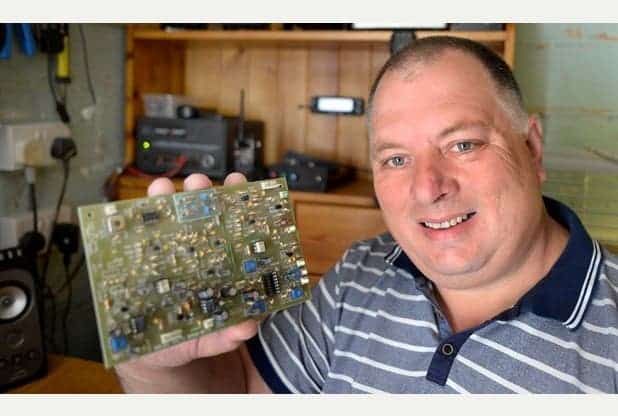 Adrian Lane, of Gloucestershire, sent out a call signal to the ISS and was absolutely shocked when they actually replied to him.

“They came back to me and said, ‘Receiving you – welcome aboard the International Space Station’.”

He managed to chat with the International Space Station for about 45 seconds before the station went out of range – a spectacular achievement for an amateur. It’s really difficult to capture the ISS because they are constantly moving. When he finally got an answer, his adrenaline started pumping.

“I asked him what the stars looked like from up there and he came back to me and said with no atmosphere up here the stars are really bright,” he said. “But he told me when you look down on earth it’s something else – it’s just a mass of colour where everything else up here is black.”

He plotted the space station’s route and figured out the brief window during which the iSS would be directly overhead, traveling at 18,500 mph (30,000 km/h).

I couldn’t find any statement from NASA relating this event.