ISS crew lands in Kazahstan after 167 days in orbit

Three members of the International Space Station Expedition 29 emerged from the Soyuz capsule in freezing temperatures. 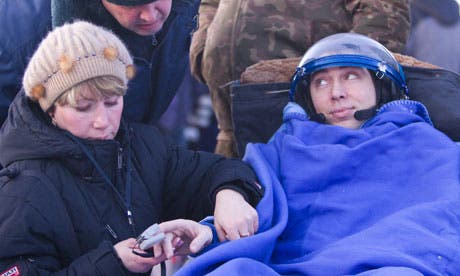 It is the first time in six months when they stepped on the face of the planet, and this marked the first trip back from the ISS since NASA retired their space stations in July. At this moment, the Russians are the only ones able to transport people and supplies on and from the ISS.

The expedition was commanded by US astronaut Mike Fossum, who was accompanied by flight engineers Satoshi Furukawa of the Japan Aerospace Exploration Agency and Sergei Volkov of the Russian Federal Space Agency.

The crew conducted some medical tests in an inflatable test close to the landing site – and they all turned out ok; they also received flower bouquets and answered questions for the local media.