From Earth to Mars in 39 days? 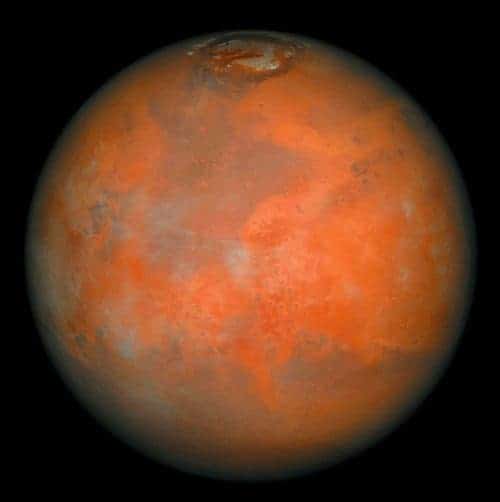 It sounds like something pinned off a SciFi novel, but it seems like new developments in space exploration technology might make an Earth to Mars journey last as less as 39 days. The distance between Mars and Earth varies because of the different Sun revolution periods (365.25 days for Earth, and 686 days for Mars), such that at its closest, the two planets can found 100 million km apart, while at their most distant they are about 380 million km apart.

Now, using traditional chemical fuel powered rockets (the same as the one used for the Moon landing) with would take a manned spacecraft about six months to reach Mars from Earth. However, such missions are simply undouable because of the great amounts of dangerous space radiation to which astronauts would get exposed. How about if the missions took only 39 days?

How? By using ion engines, instead of the usual combustion engines, as presented in a recent New Scientist article.

Traditional rockets burn chemical fuel to produce thrust. Most of that fuel is used up in the initial push off the Earth’s surface, so the rockets tend to coast most of the time they’re in space.

Ion engines, on the other hand, accelerate electrically charged atoms, or ions, through an electric field, thereby pushing the spacecraft in the opposite direction. They provide much less thrust at a given moment than do chemical rockets, which means they can’t break free of the Earth’s gravity on their own.

But once in space, they can give a continuous push for years, like a steady breeze at the back of a sailboat, accelerating gradually until they’re moving faster than chemical rockets.

Ion engines aren’t a novelty though, having been used for a while now in NASA’s Dawn spacecraft, which is en route to the asteroids Vesta and CeresMovie Camera, and Japan’s spacecraft Hayabusa, which rendezvoused with the asteroid Itokawa in 2005. The new VASIMR engine, developed by Ad Astra Rocket Company, is.

VASIMIR works by using a radio frequency generator to heat charged particles, resulting in plasma. Currently, the amount of thrust produced is very small (about a pound), but in space it’s well enough to move two tons of cargo. Running solely on solar power, VASIMIR could prove to be perfect for satellites or for use in space shuttles. Actually, Ad Astra plans to attach a solar-powered VASIMR engine to the International Space Station for tests, and, if they are successful, could use VASIMR periodically to thrust the ISS back into the Earth’s orbit.

This sounds grand and all, but what about Mars? Well, for VASIMR to be used on manned 39 days Mars mission, it’s engine would need 1000 times the amount of power supplied by solar engined, something only nuclear power could provide. Research in developing such a technology hasn’t taken place since the early ’80s, when the soviets were looking into it, before canceling the project, and consequently it could take a great deal of time before we will see a manned Mars mission.

The potential is enourmous though, and NASA has provided Ad Astra with a small stipend for VASIMR development.

If engines, such as VASIMR, could be developed to take people to the Red Planet in 40 days, “that puts it inside the range of what we feel comfortable of doing with humans,” he told New Scientist. “Something like VASIMR – that’s a game changer,” sais John Muratore of the University of Tennessee Space Institute and a former lead engineer for NASA’s space shuttle programme.