Myth busted: Americans spent millions to make a pen that would flow in space — the Russians used a pencil

It's a great story that reminds us complicated solutions can have very simple solutions. But the Russian pencil story is just a myth, though.

Legend has it that NASA spent millions to develop a ballpoint pen whose ink could flow in zero gravity. The more pragmatic Soviets used a pencil. It’s a great story that reminds us that a complicated problem doesn’t necessarily entail a complex solution. Alas, this allegory is in fact a myth and a terrestrial graphite pencil is actually a bad idea. 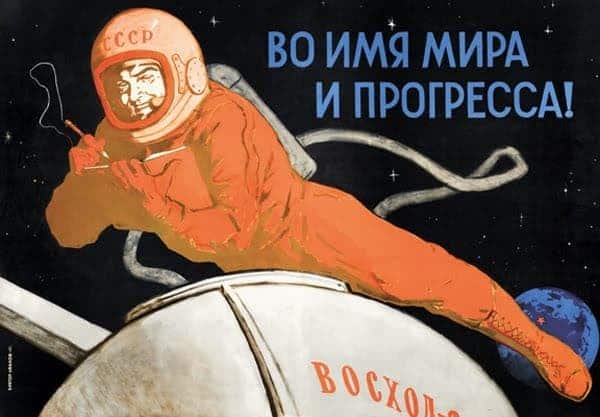 Like Soviet cosmonauts, the NASA astronauts originally used pencils too. In 1965, for instance, NASA used mechanical pencils for the Project Gemini mission. For that particular order, the American space agency paid $128.89 per unit, which sparked a controversy at the time since the public saw it as a frivolous expense. Pressed, NASA used less costly items.

These were still the early days of human space exploration, but engineers already knew that normal pencils could be dangerous. Graphite, the stuff pencil lead is made of, is highly flammable and micro-sized graphite shavings can easily float about a spacecraft, infiltrate sensitive instruments and jeopardize a mission.

Maybe inspired by the news reports that ridiculed NASA’s expensive pencils, inventor Paul C. Fisher and founder of the Fisher Pen Co. designed a ballpoint pen that could work in space. Helped by a pressurized ink cartridge, the AG7 Fisher Pen could be used to write in a weightless environment, underwater, in other liquids and at temperatures ranging from -50 F to +400 F.

Initially, Fisher and colleagues found the pressurized cartridge was great at pushing the ink out of the pen. But the ink also leaked uncontrollably.  Fisher found a workaround by changing the ink. He used a thixotropic ink — a gel at rest that turns into a liquid under pressure, like toothpaste. This thicker ink didn’t leak anymore and passed NASA’s rigorous tests. Interestingly, this solution came to Fisher in an esoteric-like dream in 1965.

“About two nights [before] I had an interesting dream. My father had died about two years before, and in that dream, he came to me and said Paul, if you add a minute amount of rosin to the ink, that will stop the oozing. I told the chemist about that, and the chemist laughed! He said that won’t work. He tried every type and quantity of rosin. Three months later he came back to me and he said I was right! He said he was trying to find a way to make rosin work, but then he realized that I meant resin! He used two percent resin, and it worked fine….I called NASA and told them we could do it, and we developed the most valuable patent in all of the pen industry,” Fisher said in an interview.

The project reportedly cost $1 million to research, but all on Fisher’s dime. NASA did not contribute money, nor did it ever expressly asked Fisher to make the pen. Nevertheless, they made good use of it.

In 1967 NASA managers agreed to equip the Apollo astronauts with these pens. About 400 units were ordered at a price of $2.39 per pen, with a 40% bulk discount. The Soviet Union also purchased 100 of the Fisher pens, and 1,000 ink cartridges, in February 1969, for use on its Soyuz space flights. That doesn’t add up to a profit, but Fisher more than made up for it indirectly from all the publicity. Everyone wanted to write with the same pen used by astronauts.

For decades, both Americans and Soviets continued to use the Fisher space pen. Later, Fisher developed a new space pen, the CH4, that was used during NASA’s space shuttle missions and on the Russian space station, Mir. You can buy your own for 44 bucks from the Fisher store.