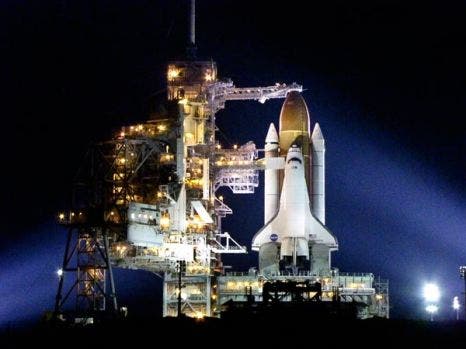 Endeavour seems to be extremely reluctant to retire. NASA officials announced they found a minor electrical problem that will delay the launch until at least May 16.

The nagging electrical problem has brought worries of a bigger malfunction, thus forcing the people involved in the project to rethink and reschedule the launch of the space shuttle. The problem was initially found just a few hours before the launch which was supposed to take Endeavour on its final flight before it is retired.

Technicians found the glitch in a switch box that is extremely important, because it connects several systems, which include the heaters that prevent the ship from freezing in outer space and the landing gear. It was a failure in the heater that gave NASA the ‘tip’ to the problem’s whereabouts.

Another electrical switch box has already been installed on the ship and is functioning properly, but engineers say the ship will not launch until they figure out what caused the malfunction in the first place. Even in its (probably) darkest of times, NASA still puts the safety of the astronauts first.

They postponed the launch even though thousands of people wanted to come to the Kennedy Space Center to watch it (president Barack Obama and his family included), and millions wanted to watch it on the TV.

After space orbiter Discovery, Endeavour will be going on a final trip; it’s a sad thing to consider, but what a glorious run has it been ! NASA’s 30 year space shuttle program is drawing nearer and nearer to its end, and after Discovery was retired, Endeavour is preparing for its last mission, and Atlantis will also do this later this year.

It is still not clear if the delay in Endeavour’s launch will have an effect on the Atlantis mission (which is to deliver spare parts to the International Space Station).