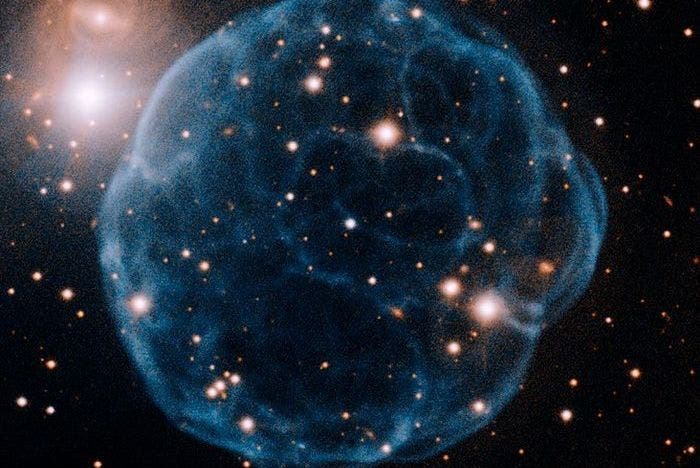 For the first time, astronomers have been able to zoom in on the last gasps of a dying star in a newly discovered planetary nebuna, which could provide answers on what will happen to our solar system once the Sun enters this stage.

The discovery was made by a team of astronomers led by Associate Professor Orsola De Marco from Sydney’s Macquarie University and it could solve a decade-long debate regarding how big is the impact stellar companions have on the formation and structure of planetary nebulae.

“Explaining the puffs left behind when medium-sized stars like our sun expel their last breaths is a source of heated debate among astronomers, especially the part that companions might play,” she said. “Planetary nebulae present a profound mystery that literally keeps us up at night. Some recent theories suggest that planetary nebulae form only in close binary or even planetary systems. On the other hand, the conventional textbook explanation is that most stars, even solo stars like our sun, will meet this fate.”. But “that might just be too simple,” Dr De Marco says.

“With a sufficient sample of planetary nebulae, Kepler could help us understand these objects and may even put to rest the 30-year old debate about the origin of these nebulae,” said Dr De Marco.