Star in our galaxy is almost as old as the Universe

by Mihai Andrei
in Astronomy, Astrophysics
Reading Time: 3 mins read
A A
Share on FacebookShare on TwitterSubmit to Reddit 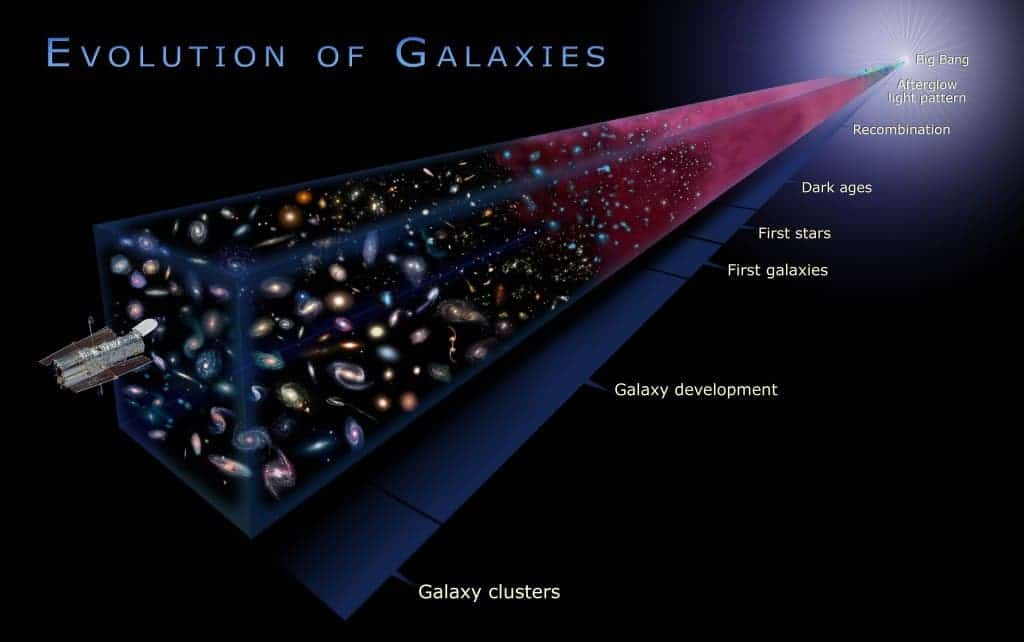 All stars follow a stellar evolutionary path; by knowing some parameters about the star (such as mass, luminosity, and surface temperature), astronomers can calculate just how far up that evolution scale they really are, thus estimating their age. Metal poor stars especially are important because they set the lower age for the evolution of the universe, as metal content is also a proxy for age. Heavier metals are generally formed in supernova explosions, which pollute the surrounding interstellar medium. Therefore, stars born in such an environment are richer in metals than their predecessors, and the cycle continues on and on. Just to clarify things a little bit, astronomers call “metal” any element heavier than Hydrogen and Helium.

In the past, analyses of globular clusters and the Hubble constant (which is a measure of how fast the Universe expands) have yielded significantly different results for the age of the Universe – sometimes varying as much as a billion years – hence the importance of calculating the age of such stars.

“Within the errors, the age of HD 140283 does not conflict with the age of the Universe, 13.77 ± 0.06 billion years, based on the microwave background and Hubble constant, but it must have formed soon after the big bang.” the team noted. 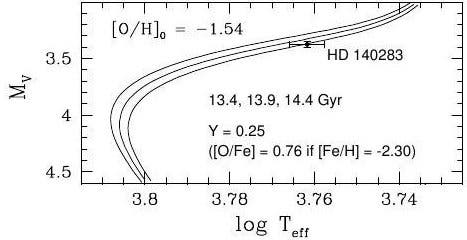 The team applied the latest evolutionary tracks (basically, computer models that trace a star’s luminosity and temperature evolution as a function of time) to HD 140283 and found an age of 14.46+-0.80 billion years. From a certain point of view, there are three populations of stars out there: Population III, which are the first stars to ever be born with extremely low metalicity (again, any elements beyond H and He). Population II are the children of these stars, the next generation, and Population I are the most common stars we see, with higher metalicity. The star in case is a Population II, so not quite the first one, but a child of the first ones.

So, what does this mean, is our galaxy among the oldest in the Universe, or did we just “adopt” this wandering star? You can think about it this way: almost all the matter in the Universe at some point was focused in several very large stars that created giant nebulas that eventually collapsed to form new stars, including our Sun. HD 140283 is a red dwarf, a star that practically lives on forever; on the other hand, the Milky Way didn’t just form (BOOM) at once, but it was a process that took millions or more likely billions of years, from one or more protogalaxies. The star here is almost certainly a remnant from one of the initial galaxies that formed the Milky Way.

The research will be published in the Astrophysical Journal Letters, and a preprint is available on arXiv. Study authors are E. Nelan, D. VandenBerg, G. Schaefer, and D. Harmer.