by Mihai Andrei
in Astronomy, Astrophysics
A A 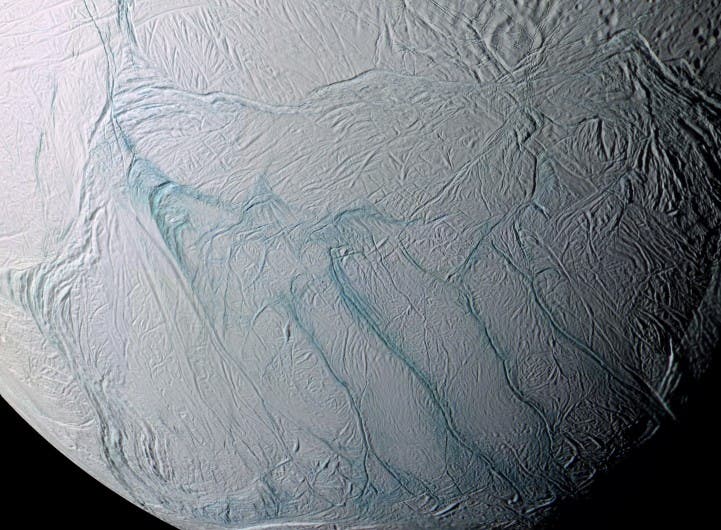 For the past 14 years, astronomers have been scratching their heads trying to find out just where does the water in Saturn’s upper atmosphere comes from; now, ESA’s Herschel space observatory has solved that mystery – the water is expelled from Enceladus, one of the planet’s moons.

Enceladus is eliminating about 250 kilograms of water every second through a set of jets located in the south pole. That water then surrounds the planet at a distance of about four radii, and computer models indicate that three to five percent of it falls down on Saturn.

This means that Enceladus is the only moon that influences the chemical composition of its mother planet; at least, that we know of so far.

“There is no analogy to this behaviour on Earth,” says Paul Hartogh of the Max Planck Institut für Sonnensystemforschung. “No significant quantities of water enter our atmosphere from space. This is unique to Saturn.”

Although most of the water is lost in space or freezes or perhaps falls on some other moons, the small part that falls onto Saturn is enough to explain the water in the planet’s upper atmosphere. Ultimately, the water in the atmosphere condenses, but in such small quantities that the clouds are not visible.