A long sought after Trojan asteroid has been finally found ! Trojan asteroids share almost the same orbit as Earth, but are stable enough to avoid collision, and are dancing in the planet’s path. The asteroid, named 2010 TK7, is nearly 1,000 feet across and currently leading the Earth by about 50 million miles – as a comparison, the distance between the Earth and the Moon is ~240.000 miles. 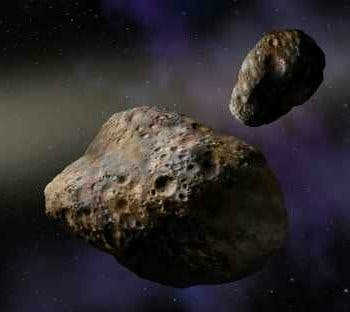 In 1772 the French mathematician and astronomer Joseph-Louis Lagrange predicted the existence and location of two groups of small bodies located near a pair of gravitationally stable points along Jupiter’s orbit – the first time such a celestial body was noticed. Up until now, the term ‘trojan asteroid’ was used usually specifically for Jupiter, but now, astronomers will have to be more careful when using it.

According to astrophysicists, even though it is dozens of times further than the Moon, due to the fact that it shares a similar orbit to our planet, it could be much easier to reach. In the future, this might be quite important, because the odds are this asteroid might be filled with elements extremely rare on our planet. 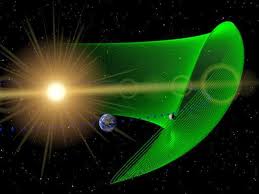 “This one has behavior much more interesting than I thought we would find,” study co-author Martin Connors, an astronomer at Athabasca University in Canada, told Space.com. “It seems to do things not seen for Trojans before. Still, it had to have some kind of extreme behavior to move it far enough from its Lagrangian point to get within our view.”

In layman terms, the trojan asteroid leads the way for our planet, wiggling its way down orbit.

“It’s as though the Earth is playing follow the leader,” said Amy Mainzer, the principal investigator of NEOWISE at NASA’s Jet Propulsion Laboratory, who was not a part of the study. “Earth is always chasing this asteroid around.” 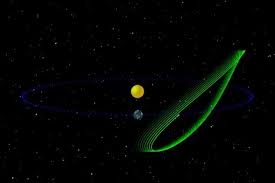 Of course, this is only the first time we’ve even seen the asteroid, so it won’t sell all of its secrets just yet; matter of fact, we don’t even have a name for it.

“Its orbit needs to be nailed down before a name is considered, so it’ll take a couple of years more observations before the WISE team can give it one,” Connors said.

“We could be mining these things one day,” Connors said.