The world’s most advanced microscope 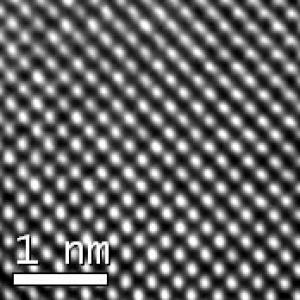 It’s the equivalent of taking the Hubble telescope (before it was damaged) and directing it towards atoms and molecules instead of stars and galaxies, according to Gianluigi Botton, director of the new Canadian Centre for Electron Microscopy at McMaster, where the world’s most advanced and powerful microscope works.

It’s called Titan 80-300 Cubed and it was installed in the summer, and since then it passed several tests and challenges, quickly passing each and everyone of them, gaining more and more attention from the media and scientists.

“We are certainly the first university in the world with a microscope of such a high calibre,” says Botton. “With this microscope we can now easily identify atoms, measure their chemical state and even probe the electrons that bind them together.”

“The addition of the Titan 80-300 Cubed to the Centre’s suite of microscopy instruments that include a Titan cryo-in situ solidifies Ontario’s and Canada’s lead in nanotechnology, and places us among the world’s most advanced materials research institutions,” says Mo Elbestawi McMaster’s vice-president, Research and International Affairs.

A few days ago, a group of elite international scientists were invited to test it, and they were absolutely amazed by what it can do.

“They were astounded by its capability, and by the fact that there is such support in this country for a venture of this magnitude,” said John Capone, Dean of Science. “We should be very proud that McMaster has taken the initiative to secure this facility. There are many applications for it in life sciences. This particular instrument will enable many new discoveries in the areas of fundamental biological and physical sciences that will help us to better understand the nature of diseases and the development of new cures.”

Built in Holland, this wonder of technology will be used to produce more efficient lighting, better solar cells, drug delivery materials and other cures, making it worth the $15 million it cost.