There's no "forum" in "AI" but Musk thinks there should be.

by Alexandru Micu
in Electronics, News, Science, Tech
A A

OpenAI, Elon Musk’s artificial intelligence research company, just became the proud owner of the first ever DGX-1 supercomputer. Made by NVIDIA, the rig boasts a whopping 170 teraflops of computing power, equivalent to 250 usual servers — and OpenAI is gonna use it all to read Reddit comments.

OpenAI is a non-profit AI research company whose purpose is to “advance digital intelligence in the way that is most likely to benefit humanity as a whole, unconstrained by a need to generate financial return.” And now, NVIDIA CEO CEO Jen-Hsun Huang just delivered the most powerful tool the company has ever had at its disposal, a US$ 2 billion supercomputer.

This “AI supercomputer in a box” isn’t much bigger than a large-ish desktop PC, but it packs a huge punch. It’s 170 teraflops of computing power makes is roughly equivalent to 250 conventional servers working together, and all that oopmh is being put to good use for a worthy cause.

But an OpenAI needs to do more than just process things very fast. It needs to learn and Musk, unlike my parents, believes that the best place to do so is on the Internet — specifically, on Reddit. The forum’s huge size makes for an ideal training ground for DGX-1, which will be spending the next few months processing nearly two billion comments to learn how to better chat with human beings.

“Deep learning is a very special class of models because as you scale up, they always work better,” says OpenAI researcher Andrej Karpathy.

The $129,000 super-computer relies on eight NVIDIA Tesla P100 GPUs (graphic processing units), 7 terabytes of SSD storage, and two Xeon processors (apart from the aforementioned 170 teraflops of performance) to go through this data and make sense of it all. 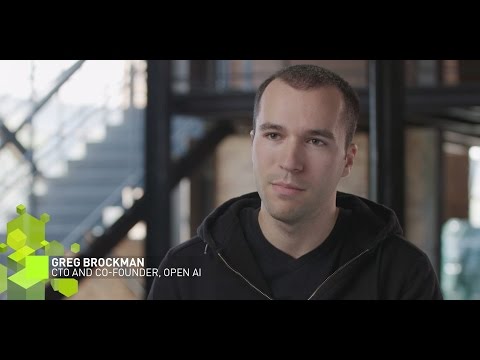 “You can take a large amount of data that would help people talk to each other on the internet, and you can train, basically, a chatbot, but you can do it in a way that the computer learns how language works and how people interact,” Karpathy added.

Even better, the new supercomputer is designed to function with OpenAI’s existing software. All that’s needed is to scale it up.

“We won’t need to write any new code, we’ll take our existing code and we’ll just increase the size of the model,” says OpenAI scientist Ilya Sutskever. “And we’ll get much better results than we have right now.”