The boss, not the work itself, causes workplace depression

by Mihai Andrei
in Psychology
ADVERTISEMENT

It’s not the workload that usually causes depression – it’s an unfair boss and an unfair environment which usually does the trick. 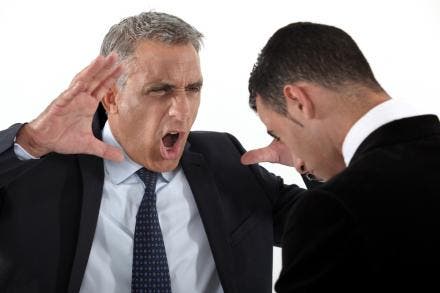 Researchers handed out questionnaires to 4,500 public employees at Danish schools, hospitals, nurseries, offices, etc and also conducted interviews with employees suffering from clinical depression; they also conducted lab research on their saliva, examining concentrations of stress hormone. Rather surprisingly, the study indicates that a heavy workload has very little effect on whether or not people become depressed.

”We may have a tendency to associate depression and stress with work pressure and workload; however, our study shows that the workload actually has no effect on workplace depression,” says one of the researchers behind the new study, psychologist Matias Brødsgaard Grynderup, PhD, of the Department of Clinical Medicine at Aarhus University.

They hope that they research can be used to avoid negative cases in the future.

”This suggests that the risk of workplace depression cannot be minimised by changing the workload. Other factors are involved, and it is these factors that we should focus on in the future.”

From the questionnaires, researchers determined the sense of justice that the employees felt in their workplaces – whether or not they felt they were treated right. In this context, the feeling of justice included the feeling of being listened by the boss and being on equal terms with colleagues.

“When high levels of work pressure and depression appear to be linked in people’s consciousness, it is not because a heavy workload increases the risk of depression. Or that’s not what we found in our study. Instead, depression can make work assignments appear insurmountable, even though the depression was not caused by the workload.”