Friends use metaphors more often when speaking to one another, and this helps them gauge each other's emotional state according to a study published in the journal Memory & Cognition. The Canadian researchers who performed the study conclude that metaphors facilitate social interactions, comprehension and empathy.

by Tibi Puiu
in News, Psychology
Reading Time: 3 mins read
A A
Share on FacebookShare on TwitterSubmit to Reddit

Friends use metaphors more often when speaking to one another, and this helps them gauge each other’s emotional state, according to a study published in the journal  Memory & Cognition. The Canadian researchers who performed the study conclude that metaphors facilitate social interactions, comprehension and empathy. 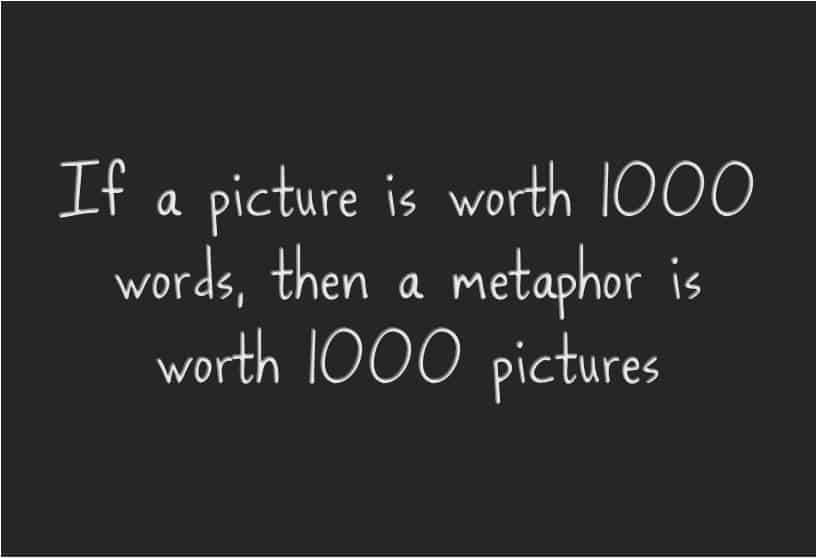 Metaphors are generally used to describe an unfamiliar territory in familiar terms, using words whose sense should not be taken literally. “His head was spinning with idea”, “her home was a prison”. Cognitively speaking, metaphors strain mental resources, but Andrea Bowes and Albert Katz of the University of Ontario in Canada found that not only are these understood with relative easy and commonly used, but might be essential to solid human relationships.

The Theory of Mind describes one’s ability to infer another people’s state of mind, beliefs, knowledge, intents or desires. Some people are better at this than other, and some have a Theory of Mind impaired, like autistic individuals. Essentially, those who have a firm grasp upon the Theory of Mind can predict other people’s behavior. They can read their minds – if I’m also allowed to use a metaphor. Speaking of which, the researchers found in two experiments that those people who had been exposed to metaphors scored better at Theory of Mind tests, liked the  Reading the Mind in the Eye Test (RMET). In this famous test, people have to identify the true emotional state of people displayed in black and white photographs of 36 pairs of eyes.

The eyes are often called the window to the soul. Our eyes widen in fear, boosting sensitivity and expanding our field of vision to locate surrounding danger. When repulsed, our eyes narrow, blocking light to sharpen focus and pinpoint the source of our disgust. And so on for other emotions. There’s so much you can tell just by looking a person in the eyes.

In the first experiment, 39 volunteers attentively read either metaphorical or literal sentences as part of a story. They were then given a surprise Theory of Mind task. The participants who read the metaphorical sentences were significantly better at identifying the correct emotions in the sets of pictures they were presented with in the Reading the Mind in the Eye Test. 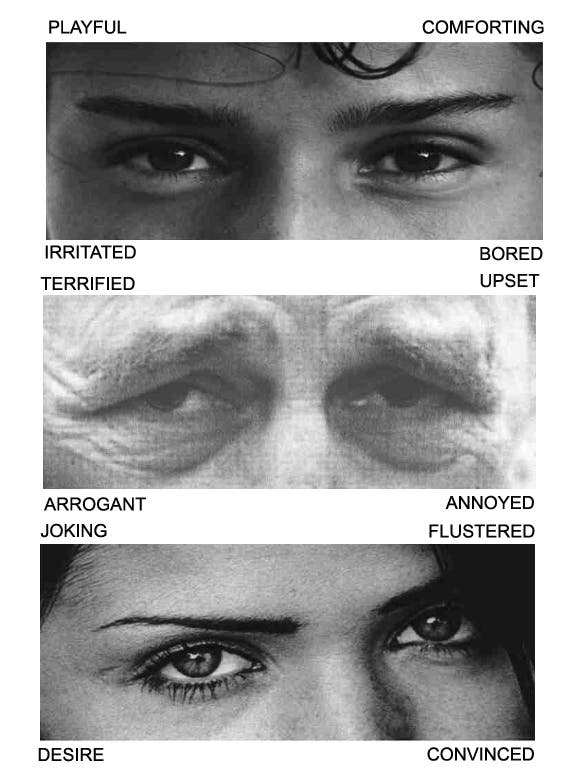 The second experiment played back a couple of short stories and participants had to rate the speakers on a variety of interpersonal and social characteristics. The speakers who used metaphors in their conversations where  judged to be closer friends than those who did not use this figure of speech.

“The research explains why we speak differently with friends and family than with strangers, and shows how we make friends and meet partners simply with the style of language we use,” says Bowes. “It provides novel evidence that metaphor plays a special role in orientating one to the mental state of others.”

Not surprisingly, this is where books comes in. Books not only help shape the vocabulary, but also expose the reader to numerous metaphors. After all, there’s no other way – for an author, metaphors are his bread and butter.

“Our findings, along with some others, also stress the importance of literature in fostering and understanding human empathy,” adds Katz. “Reading fiction in general, and metaphors specifically,  indeed promotes people’s ability to identify the emotions or mental state of others.”