A new study has shown that young men are threatened when their female signficant others are more successful than them, ultimately triggering their fear that the partner might leave them – and it’s exactly this fear which usually gets them. 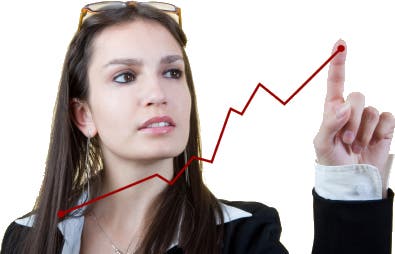 The researchers conducted their study, published online in the Journal of Personality and Social Psychology, on heterosexual couples in the U.S. and the Netherlands – though personally I’m not sure that’s really representative for other countries.

“There is an idea that women are allowed to bask in the reflected glory of her male partner and to be the ‘woman behind the successful man,’ but the reverse is not true for men,” wrote lead author Kate Ratliff, an assistant professor of psychology at the University of Florida.

The research suggests (though it’s still debatable) that men project their loved one’s success as a feeling of their own failure – something which if true, is a matter which should really be studied further.

The study surveyed five experiments which features 500 men and women from college campuses (again, probably not the most representative environment).

“From a very young age, boys’ playtime interaction tends to be marked by dominance-striving,” the authors wrote. “Young girls also pursue individual goals within social groups, but tend to do so while simultaneously striving to maintain group harmony.”

“Having a partner who experiences a success might hurt men’s implicit self-esteem because ambition and success are qualities that are generally important to women when selecting a mate,” the authors wrote. “So thinking of themselves as unsuccessful might trigger men’s fear that their partner will ultimately leave them.”