Proxima B is probably the closest planet to Earth we’ll ever find, and it might be habitable too

by Tibi Puiu
in News, Science, Space
A A

The most comprehensive survey of our closest star, Proxima Centauri, suggests an Earth-like planet orbits in its system. Astronomers say the planet, called Proxima b, is at least 1.3 times bigger than Earth and is positioned in an orbit that ought to allow liquid water to form at the surface. It’s also likely rocky, not a tiny gas giant, so chances have it a rover or even a human could walk on it.

Reiners and colleagues report Proxima b circles its star around a stable orbit every 11.2 days. If it had an atmosphere, the planet’s surface temperature would range from 22 to 86 F (minus 30 to 30 C) and at around minus 40 degrees Fahrenheit (minus 40 degrees Celsius) absent an atmosphere.

Then again, because it orbits so close to its parent star, the radiation exposure is huge — about 100 times that we’re seeing hitting Earth’s magnetic shield today, the researchers reported in Nature.

The radiation could be enough to boil any liquid water dry, but not necessarily. For instance, if Proxima b has an atmosphere and formed far away in the system where it would have been exposed to icy comet impacts, then it could still have enough water today — at least on one of its sides. The researchers say Proxima b is likely tidally locked and in synchronous rotation, meaning it always shows the same face to the star it orbits — like the moon is tidally locked with Earth.

“One side is always sunny, the other is gloomy and dark,” Guillem Anglada-Escudé, a researcher at Queen Mary University of London and lead author on the new paper, said during a recent briefing.

“This planet is at 5% of the Earth’s distance from the Sun. However, Proxima is 1,000 times fainter than the Sun. So the flux – the energy – reaching Proxima b is about 70% of what the Earth receives. It’s like taking Earth a bit further away, but it’s comparable,” explained Dr Anglada-Escudé to the BBC.

Whether or not Proxima b can support water or has any other hospitable conditions is a matter of speculation at this point, but we might one day learn for sure. Being relatively close, some 40 trillion km away, we could send a spacecraft to the Proxima Centauri system and have a look.

In fact, the Russian billionaire Yuri Milner said earlier last year that he’s willing to invest $100 million in a space program destined for Proxima Centauri. Milner’s project, called Breakthrough Starshot, involves using a tiny, laser-powered craft. Unfortunately, a recent study made by Harvard researchers found interstellar dust poses too much of a risk for this sort of design. Just a single grain of sand a hundredth of a millimeter in diameter colliding with the laser-powered craft would be enough to destroy it.

So for now, I guess it’s back to the drawing board. Until we get a good look at Proxima b, imagination is sure to run wild. And if Proxima b turns out to be hell, there’s always plan B — look even farther. In 1992, the only planets we knew about were those in the solar system (and even now we haven’t found all of them). Now, scientists have identified thousands of exoplanets, with hundreds potentially habitable. Fifty years from now we might have so many options we won’t know which one to pick. 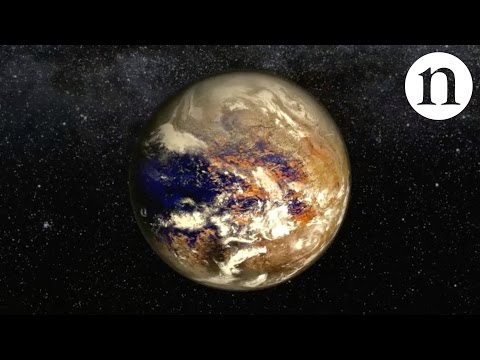