This is huge news for the biotech industry.

Japanese researchers at the University of Tokyo have recently achieved a major milestone in biotech. For the first time, a plant’s mitochondrial DNA has been edited. This offers important implications for securing the world’s food supply.

This was the culmination of decades of research in the field. Nuclear DNA was first edited in the early 1970s, then came chloroplast DNA in 1988, and animal mitochondrial DNA in 2008.

Nuclear DNA is the most famous type of DNA — what most people recognize as the familiar double-helix molecule that contains the instructions for life. Nuclear DNA is inherited from both parents. However, mitochondria — the organelles that provide energy to cells — have their own DNA, known as the mitochondrial DNA (mtDNA). Mitochondrial DNA is generally solely passed on by the mother’s side, although there is recent evidence that, at least in some family lines, it can also be passed on from father’s side.

In animals, the mitochondrial genome is encased in a relatively small molecule, whose shape is comprised of a single circular structure. It’s also remarkably similar among many species.

“Even a fish’s mitochondrial genome is similar to a human’s,” said Shin-ichi Arimura, an Associate Professor at the University of Tokyo and lead author of the new study.

On the other hand, a plant’s mtDNA is a whole different story.

“The plant mitochondrial genome is huge in comparison, the structure is much more complicated, the genes are sometimes duplicated, the gene expression mechanisms are not well-understood, and some mitochondria have no genomes at all – in our previous studies, we observed that they fuse with other mitochondria to exchange protein products and then separate again,” Arimura said in a statement.

For a long time, the food and biotech industry has been seeking for a way to access and edit plant genomes in order to increase crop resilience and yield. One prime example that illustrates the potentials of mtDNA editing is the 1970 fungal infection of Texas corn farms. Virtually all corn that had the same gene in their mtDNA genome were killed by the fungus, so corn with that specific gene has not been planted since.

In order to edit the plant genome, Arimura and colleagues adapted a technique designed for editing the mtDNA genomes of animal cells growing in a dish. The method, known as mitoTALENs, involves using a single protein to locate the mtDNA genome, cut the DNA at the desired gene, and delete it. 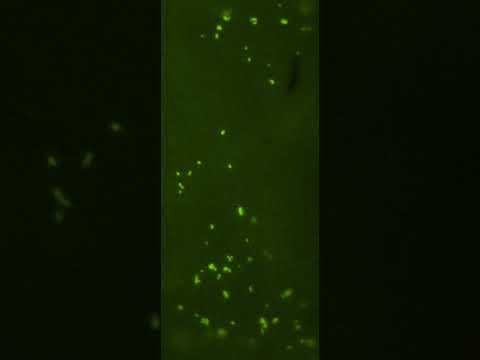 In an experiment that demonstrated the new method, Arimura’s team removed an mtDNA gene in three germlines of rice and three lines of rapeseed. This particular gene is known to cause cytoplasmic male sterility (CMS).

“While deleting most genes creates problems, deleting a CMS gene solves a problem for plants. Without the CMS gene, plants are fertile again,” said Arimura.

“This is an important first step for plant mitochondrial research,” he added.

The findings appeared in the journal Nature Plants.