Human origin traced to worm which swam 0.5 billion years ago

Paleontologists claim to have tracked the origins of humans and other vertebrates to a worm that swam in today’s Canada. The team concluded that the extinct Pikaia gracilens is the most primitive known member of the chordate family.

The chordate family includes fish, amphibians, birds, reptiles and mammals – pretty much all of what we consider to be ‘evolved’ life, so tracing its origins would be quite a big deal. This is why Simon Conway Morris of the Cambridge University went to Canada to analyze fossils from the Canadian Rockies. 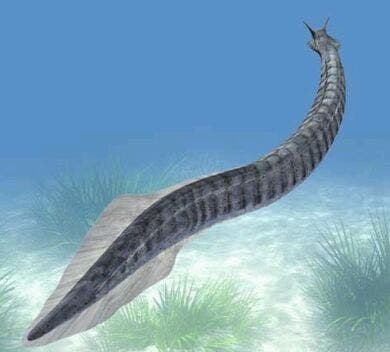 His findings were published in the British scientific journal Biological Reviews; he identified a notochord or rod that would become part of the backbone in vertebrates, and skeletal muscle tissue called myomeres in 114 fossil specimens of the creature, as well as a vascular system.

“The discovery of myomeres is the smoking gun that we have long been seeking,” said the study’s lead author, Simon Conway Morris of the Cambridge University. “Now with myomeres, a nerve chord, a notochord and a vascular system all identified, this study clearly places Pikaia as the planet’s most primitive chordate. “So, next time we put the family photograph on the mantle-piece, there in the background will be Pikaia.”

The first members of Pikaia were discovered in 1911, but back then the animals were dismissed as ancestors of worms or eels, and it wasn’t until 1970 that Morris suggested the five-centimeter sideways flattened animal could be our ancestor.

“In particular, it was our use of an electron microscope that allowed us to see very fine details of its anatomy,” Jean-Bernard Caron, an assistant professor of ecology and evolutionary biology at the University of Toronto and the study’s co-author, told AFP.

Finding out that all the animal diversity we see today can be traced to this simple animal puts a lot of things into perspective, and, as Caron says, it’s really humbling.

“It’s very humbling to know that swans, snakes, bears, zebras and, incredibly, humans all share a deep history with this tiny creature no longer than my thumb,” he said.