by Tibi Puiu
in Other, Physics
A A

The role of films is to immerse the viewer into another universe, where one forgoes his day to day strains and becomes lost in a story. These stories are brought to life by actors but the setting can be equally important, especially if we’re talking about a historical or science fiction movie.

This is where special effects come in, and these have certainly gone a long way.

Five decades ago, pyrotechnicians had to set-up all sorts of explosives, some more dangerous than others, to reach the desired effect. Not all were that good or realistic. Nowadays, everything is computer generated, but it took a whole community of scientists and engineers to take CGI to where it is today.

One of the most significant recent contributions to computer generated special effects is the Wavelet Turbulence algorithm that makes it easier for artists to control the final look of smoke clouds and fiery flames on screen. You’ll recognize the work instantly if you’ve seen movies like Avatar, Super 8 or Superman Man of Steel.

The algorithm blends art with physics and computer science. Specifically, it helps fluid dynamics simulation be more realistic by adding extra details and handling phenomena like swirls or vortices a lot better.

If an engineer had to wait hours or even days to render his simulation, the new algorithm optimized the process to a matter of minutes. It’s pretty much groundbreaking work, which was immediately recognized by the film industry. For their contribution, Theodore Kim, Nils Thuerey, Markus Gross and Doug James were awarded the Academy Award for Technical Achievement in 2012.

“While this work is highly technical, its ultimate goal is an aesthetic one,” said Kim. “When many people think of math and science, the perception is often that it leaves no room for creativity or intuition. However, both played a tremendous role in the design and implementation of this software and in turn it aids others in their own creative work.”

Check out how the algorithm works, as explained by Kim. Check out the Wavelet Turbulance paper and other awesome video examples on Kim’s Cornell website. 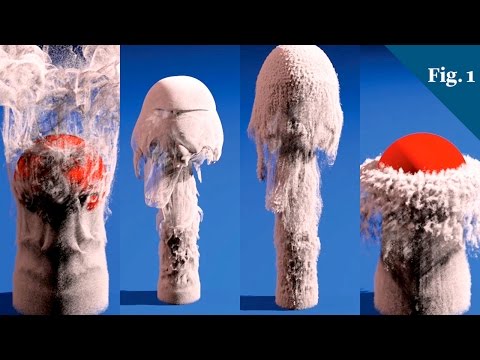