Is there such a thing as unjammable radar? Quantum imaging radar seems so

by Tibi Puiu
in Physics
Reading Time: 3 mins read
A A
Share on FacebookShare on TwitterSubmit to Reddit

Detecting a potential threat before it occurs is the first step to preventing any aggression. In today’s wars, the scales favor the party that controls the air. Dominate the battle in the air, and you’ll dominate the battlefield ground side as well. It’s no secret to anyone that impressive aircraft detection systems have been developed and deployed in the years past, however, every time, a counter was found. Recently, physicists at University of Rochester in New York have unveiled a novel technique based on quantum imaging that is potentially unjammable, making the detection of any object possible. 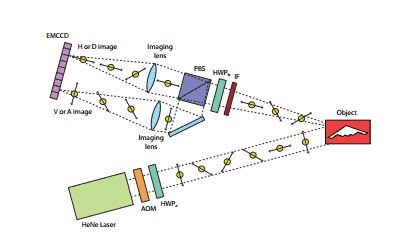 The first radar prototype came in 1936 and soon showed its value in the second World War, when it became an invaluable asset to the RAF, and a complete nightmare to the Lufftwaffe during the heavy battles over Britain. Initially radars were based on the clever principle that all metals reflect back radiowaves. For every weapon however, there’s an anti-weapon, and much in the same manner, anti-detection measures were employed and evolved along with radars. This includes drowning radar signals or launching false signals to trick the radars. One modern and highly effective anti-radar technique involves intercepting radar waves, modifying them and sending them back in such a manner that the information presented doesn’t catch the threat.

Now, Mehul Malik and colleagues believe they’ve developed a system that is able to detect aircraft without the other being capable of countering monitoring. Their technique harnesses the power of quantum imaging. Once a photon is measured, it instantly looses its quantum properties. Research in the field has been used particularly in data encryption, however the Rochester University researchers harnessed these properties in radar imaging as well.

A radar that can not be fooled

Basically, the system works by using polarized photons to detect and image objects. Once they meet an object in the air, they bounce back to form an image. If the aircraft makes an attempt to intercept these photons and change the information it conveys, then inevitably a disruption occurs and this can be registered. It’s pretty clear then for the radar system that something’s out there. The process is irreversible, so the technique is basically unjammable.

“In order to jam our imaging system, the object must disturb the delicate quantum state of the imaging photons, thus introducing statistical errors that reveal its activity,” say Malik and co.

Malik and co have tested their idea by bouncing photons off an aeroplane-shaped target and measuring the polarization error rate in the return signal. Without any eavesdropping the system easily imaged the aeroplane, however when the other end tried to alter the signal to send back the image of a bird, the interference was easy to spot.

It sounds perfect, but it’s not. Since it’s based on the same principles as quantum encryption, which has been around for some time and is still in its incipient age, one can infer the same advantages and disadvantages. It too, like this novel radar system, is uncrackable in theory – in practice not so much. Still this is highly interesting, and armed with such a sophisticated means of detection, countries could protect their boarder a lot better.

The quantum imaging radar was described in the journal Applied Physical Letters.